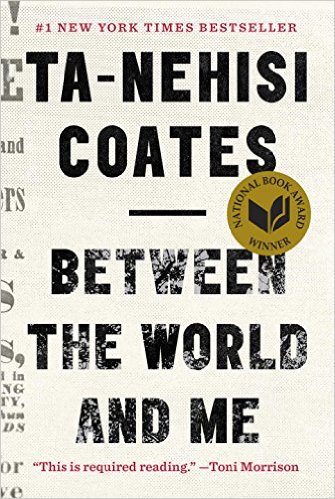 I came to this slim but important book, this long letter from an African American father to his son, knowing that it was not written for me. I am a member of America’s most privileged class: I am a middle‐aged, college‐educated, white male of Anglo‐Saxon Protestant descent. I knew before I opened this book and still know after having set it down—having digested it in one long, sometimes uncomfortable sitting—that this book was not written for me.

But having grown up, however oblivious, during the Civil Rights ’60s (during the years of Fannie Lou, Malcolm, Martin, and Huey: names I would come to know and only later appreciate as best a member of my most privileged class could); having come into awareness during the long, dark night of the Reagan years; and more recently, having watched, prayed, and done a lot of Light‐holding while the country mourned, mourned again, and protested during the past three years over the deaths of Trayvon, Michael, Tamir, Freddie, Sandra, Eric, and all the others who died mostly at the hands of the police, I have learned that perhaps this book was indeed, however indirectly, written for me. It has profoundly changed me in a way few other books I have read in my adult life have or perhaps could ever do.

Since its publication, Between the World and Me by Atlantic columnist Ta‐Nehisi Coates has been lauded by literary giant Toni Morrison, praised vociferously by various reviewers, and attacked as “toxic” and divisive by (mostly conservative white) bloggers and pundits. I found it to be an extremely well‐crafted book, full of gorgeous sentences that in turn shocked, angered, and saddened me. It is a book that left me both moved and perplexed, in terms of being left feeling at a loss as to what, if anything, I am now supposed to do with the insight I have gained. I suspect that this is what has left some (again, mainly white) critics baffled as to what to say about it, other than to sputter in confused and misplaced outrage over what’s here. The truth hurts, and some people can’t handle it, especially if they refuse to face it.

Near the outset of this letter, Coates states that “race is the child of racism, not the father.” Understanding and attempting to cope with and also challenge the institutionalized racism and white supremacy that both lie at the heart of the American story are all at the core of this long essay. “Here is what I would like you to know: In America, it is traditional to destroy the black body—it is heritage.” He speaks over and over again to his son of the destruction of “the Black body”: metaphorically, yes, but more often and more critically, he speaks of the destruction as  physical and literal by “white Americ[a] … or rather … those Americans who believe that they are white.” Coates lays out his message to his son through the prism of America’s history, both the version he was taught in school and the version he has come to know as the truth, that truth that my generation never learned in school: “You cannot forget how much they took from us and how they transfigured our very bodies into sugar, tobacco, cotton, and gold.” He speaks of his own history: of his family, of his struggles, and of the family he is now raising. But there is so much more here, and any attempt I might make to somehow lay it out in a simplified summary would fail to do it justice.

This is a book that begs to be quoted, but it is not just a collection of carefully arranged, beautiful, quotable words. The words are infused with power and weighted by emotion; the sentences are strung together like chain lightning. This is a book which is felt and experienced and digested: what is taken in is not simply read but becomes part of you. It is not easily read, which is, of course, the point.

At its root, Between the World and Me is, again, a long letter of love from a father to his son. As the father of two adult sons, I can appreciate that. But the lessons Coates has to impart to his son are not the lessons I had to teach my sons. Because they are young, white men, my sons might expect to be hassled by the police for driving too fast and might expect at worst a scolding and a ticket. Coates has to wake each day and go to sleep each night knowing that any encounter his son might have with the police might mean the end of his son’s life. That is an aspect of life in twenty‐first‐century America that white Americans need to wrap their collective brain around, if we are to truly understand what is meant when activists and others say “Black Lives Matter.” Coates has laid this out for the benefit of his son. He has been generous enough to share this—and his craft as a writer—with the rest of us. America—white America especially—just has to have the courage to listen.

Some Friends may be put off by the fact that Coates is quite upfront about the fact that he has little use for religion. This should not dissuade Quakers or other people of faith from reading this book. Members of the Religious Society of Friends need to pay special attention to what Coates has to say. Our faith community’s painful struggles with issues connected to race—both past and present—have been well documented in this very magazine and elsewhere. This book might provide a useful springboard for some much needed conversations. In the wake of Ferguson, Baltimore, and Charleston, these are conversations that have to happen, and soon.

Dave Austin is a member of Haddonfield (N.J.) Meeting. He lives in Marlton, N.J., where he teaches middle school world history and Holocaust studies.

One thought on “Between the World and Me”