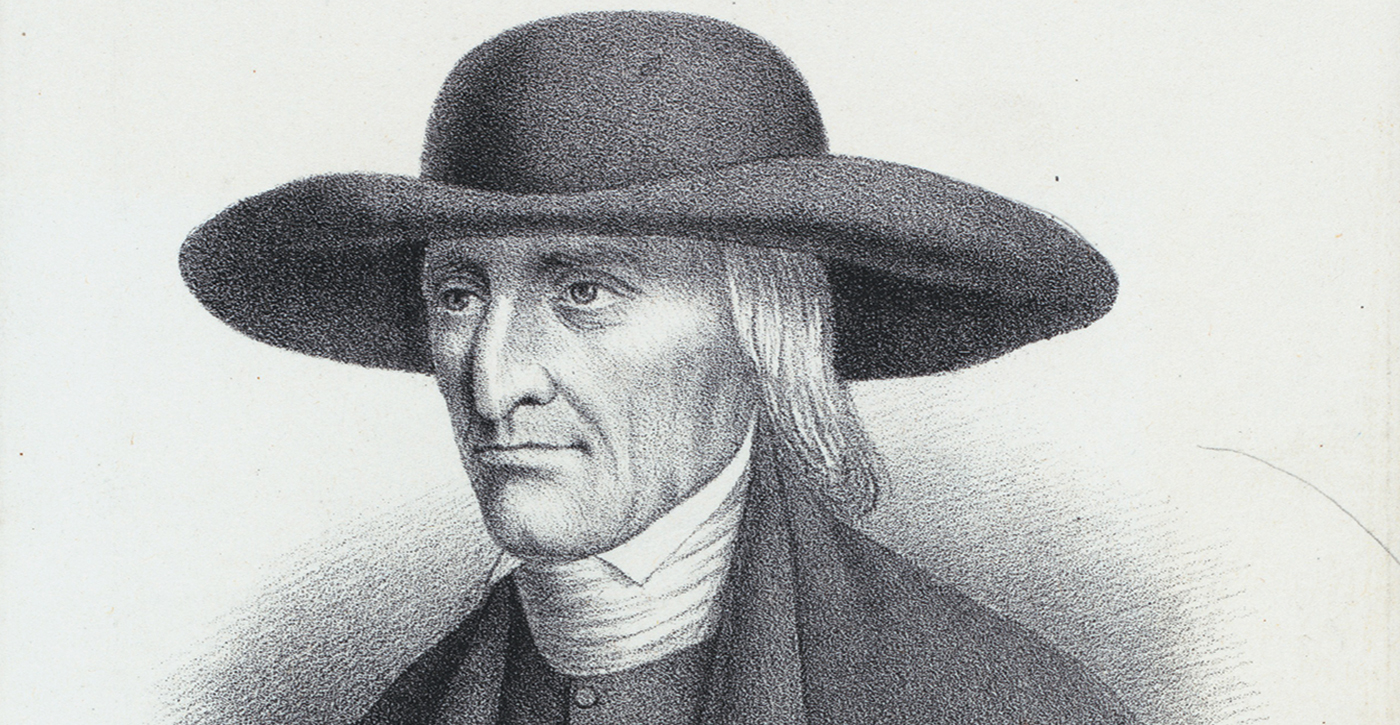 To rob a rational being of his liberty and free agency is to rob him of every thing valuable in this world that he could possibly possess or enjoy. —Elias Hicks

In 1807, the British Parliament passed “An Act for the Abolition of the Slave Trade.” Thomas Clarkson, one of the leading proponents of abolition in the United Kingdom, declared it “invaluable,” while others described it as “the greatest act of national justice that history has ever recorded.” Elias Hicks, a Quaker abolitionist most often identified with the Great Separations of 1827–28, passionately disagreed. In reply to the praise being heaped on them, he wrote an essay in the form of a letter to Thomas Clarkson and other British abolitionists, excoriating the act as grossly inadequate and even harmful. In this and other writings, Hicks identified five points that needed to be addressed if justice was to be done: emancipation, training, reparations, civil rights, and racism.

The Slave Trade Act, while prohibiting the importation of new slaves to British colonies, did nothing to help the millions of already-enslaved men and women. No one was liberated by this act. In fact, Hicks pointed out, English Common Law had not recognized any legal right to own another human, but that was changed by the new act. Rather than being an act of justice, it “actually justifies all the wickedness and horrible injustice of the slave-trade in all its branches.” True justice, he argued, required the total abolition of slavery and much more.

Freedom, by itself, is insufficient. Simply unshackling people and sending them off to fend for themselves would leave them destitute and condemn them to remain in that condition. Hicks demanded that they be trained, with the costs of that training falling on their enslavers, so that going forward they would have the skills necessary to provide for themselves and their families.

But even this would be inadequate. Each enslaved person was entitled to “full restitution,” that is reparation for the full value of all the labor appropriated and all the ensuing goods that enslaved people had produced. These, Hicks declared, had been stolen, and simple justice requires that a thief return what was illegally taken.

A truly free people should enjoy the same rights and privileges as any other citizen. Reflecting in his Journal on the state of his own country, he noted:

I am fully in the belief that divine justice will not be satisfied, nor the black stain for the shedding of innocent blood and cruelly oppressing of this people will ever be taken from the inhabitants of this land until that strict justice is done them and they placed by the laws of our country in the same state of equality—in every respect—as the rest of its inhabitants, and in the enjoyment of the full right of civilized man, which is their just and righteous due. And which privileges, if duly and rightly administered to them, would bring them to be as good and useful citizens as those of any other nation.

Hicks was under no illusions. He was aware of the prevalent racism of his times. In his 1807 essay, he predicted that in the face of deep-seated obstacles and obstructions, it would take many years for formerly enslaved people to “arise out of that state of degradation they were forced into by their oppressors.” In an effort to break through racist assumptions, he presented “a parable” in which English men and women were the targets of enslavers:

In days of yore, the merchants of London opened a trade with the inhabitants of Bristol, but finding it not sufficiently profitable in the usual way of trade to satisfy their avarice, they fell to robbing the inhabitants of Bristol of all their most valuable property. By this measure, the trade of London was greatly increased, and their navigation [maritime trade] enlarged, and the revenue of the government became much more important than it had been in former years. And although the king and government were apprised of these depredations, yet as they opened such a mart for trade, and by which not only the merchants of that great city London were enriched, but the revenue of the government was also greatly increased—which occasioned these depredations to be indulged for a century or more. And although the inhabitants of Bristol, or some of their friends on their behalf, made frequent complaints of these outrages, yet no redress was administered. Till at length, these London merchants became so hardened, they often killed and murdered many of the inhabitants on the coast, and carried others off into a state of slavery, until the coast became almost depopulated. But in this conjuncture, a number of well-disposed persons of some of the neighboring towns, seeing the great distress and suffering of their fellow citizens, unitedly agreed to appeal to the government on their behalf—and to endeavor to put a stop to these aggressions and that the oppressed might have justice done them.

Accordingly, it was laid before the High Court of Parliament. But with astonishment, we have to observe that instead of bringing these culprits to justice by obliging them to restore the goods they had stolen or taken from their rightful owners by robbery and murder, they permitted them to plead their own cause—whereby they endeavored to show that all this murder and robbery was necessary for promoting the welfare of the nation. And so far did their argument prevail, that they were permitted for a considerable time to continue these depredations on the poor defenseless inhabitants of Bristol—to the reducing them to the most abject state of poverty and want, and even great numbers to a state of slavery and cruel oppression, not suffering them to make use of the fruits of their own labor, except a small pittance just to keep them from starving. And in this situation—exposed to all those cruel sufferings—they might have continued, had it not been proved to the Parliament that such was the abundance of the plunder, that these culprits had already taken, that the interest arising therefrom would be sufficient for their use, and the principal be kept good without any diminution (see Clarkson, History of the Abolition of the Slave-Trade). In this view of the subject, the Parliament came to a resolution that this scene of robbery should in future cease, but did not restore—as the least shadow of justice would have dictated—any restitution or remuneration to the oppressed sufferers. No, not even to one farthing’s worth of all the abundant treasure and property these robbers had so wickedly, unjustly, and by the most cruel methods, wrested from the innocent inhabitants of Bristol, but justified them in keeping the whole.

You will also have noticed that Hicks recognized how the poison of greed spread into the government. Taxes on the profits generated by enslaving and thievery provided an incentive to protect those depredations.

The U.S. government outlawed the slave trade in the same month as the British Parliament, but neither act ended that practice. In the British Empire, slavery itself was outlawed in 1833 when the government provided compensation to all enslavers. In the United States, only the Civil War could end the formal practice. Elias Hicks continued in his vehement opposition until his death in 1830.

Of the five issues Hicks raised, only two have been legislatively addressed in the United States. Legal slavery was abolished, and laws to secure legal rights have been enacted in this country. Even that work remains unfinished.

As Hicks predicted, without training, most former slaves were confined to unskilled manual labor and struggled to meet immediate needs. The denial of reparations further choked their ability to accumulate capital for themselves or their descendants. Personal and systemic racism remains a millstone on the backs of many.

We still have work to do. Paul Buckley worships with Clear Creek Meeting in Richmond, Ind. He has written numerous articles and books on Quaker history, faith, and practice, and travels in the ministry urging spiritual renewal among Friends. His most recent book is Primitive Quakerism Revived: Living as Friends in the Twenty-First Century. Contact: bucklpa@earlham.edu. 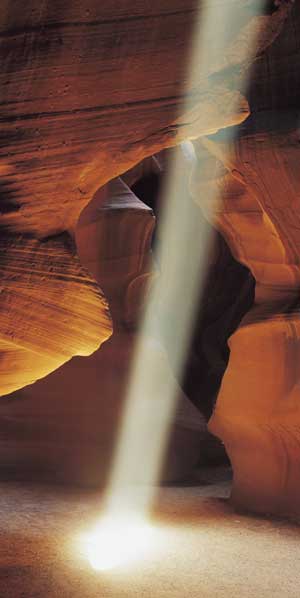 Past conflicts teach us that we mustn't settle for outrage, fear, or guilt if we are to find new ways…