Magruder—Joanne Marie Magruder, 73, on October 25, 2016, in Berkeley, Calif., following a stroke. Joanne was born on February 25, 1943, in Long Beach, Calif., the oldest of five children of Lillian Ann Jensen and Gene Alvah Condra. Growing up on a small Anaheim, Calif., farm in an area with many Latinos, she was interested in cultures other than her own early in life. During her college years she spent a summer in Guatemala with American Friends Service Committee. She attended Whittier College on a music scholarship, earning a bachelor’s in Spanish and later a master’s in English. She met the love of her life, John Joseph “Joe” Magruder, in the Methodist Wesley Fellowship at Whittier. They married in 1965 at Orangethorpe Methodist Church in Fullerton, Calif., and participated in Methodist Church work projects in Mexico. She taught piano, elementary school Spanish, and English as a second language. When their three children were young, they enjoyed weekend camping trips, and when a campout turned soggy, mosquitos attacked, or a car broke down, Joanne would say, “Well, kids, we’re having an adventure,” showing her enduring tendency to look on the bright side.

She joined Whitleaf Worship Group at Whittier in 1966 and transferred to Marin Meeting in San Rafael, Calif., and later Sacramento (Calif.) Meeting. In the early 1980s, she began studying with a “Buddhist” teacher who preached extreme detachment. After her children left for college, she followed instructions to break all family ties and resign her membership in Sacramento Meeting. Intending to translate Chinese Buddhist texts, she instead spent most of her waking hours working without pay in the convenience store that supported the teacher’s group. After almost 20 years she had the courage to contact her children and move out of the communal house to live on her own, eventually returning to her family. She later referred to this time as her mistake, though she did form a lasting friendship with her teacher’s wife, Yan, and Yan’s children, Leo and Anci. Sacramento Friends helped her build a bridge back into her life.

After returning to her family, she joined Berkeley Meeting by convincement on January 8, 2012, serving on several committees including Outreach and Nurture, Library, Visiting, and Property. She attended the meeting’s reading group and Friends General Conference gatherings. She was active with her five grandchildren, helping with papers, attending “Grandfriends Day” at San Francisco Friends School, and babysitting.

Joe and Joanne married a second time on March 4, 2012, at Berkeley Meeting.

She was active all her life, despite a bad hip in later years. She wrote memoirs, working with several professional writers, and enjoyed international travel, yoga, the Franciscan affinity group, visits with her siblings, and riding her old three-speed bicycle. She refinished furniture and sewed for her home and tended her oft-admired roses. 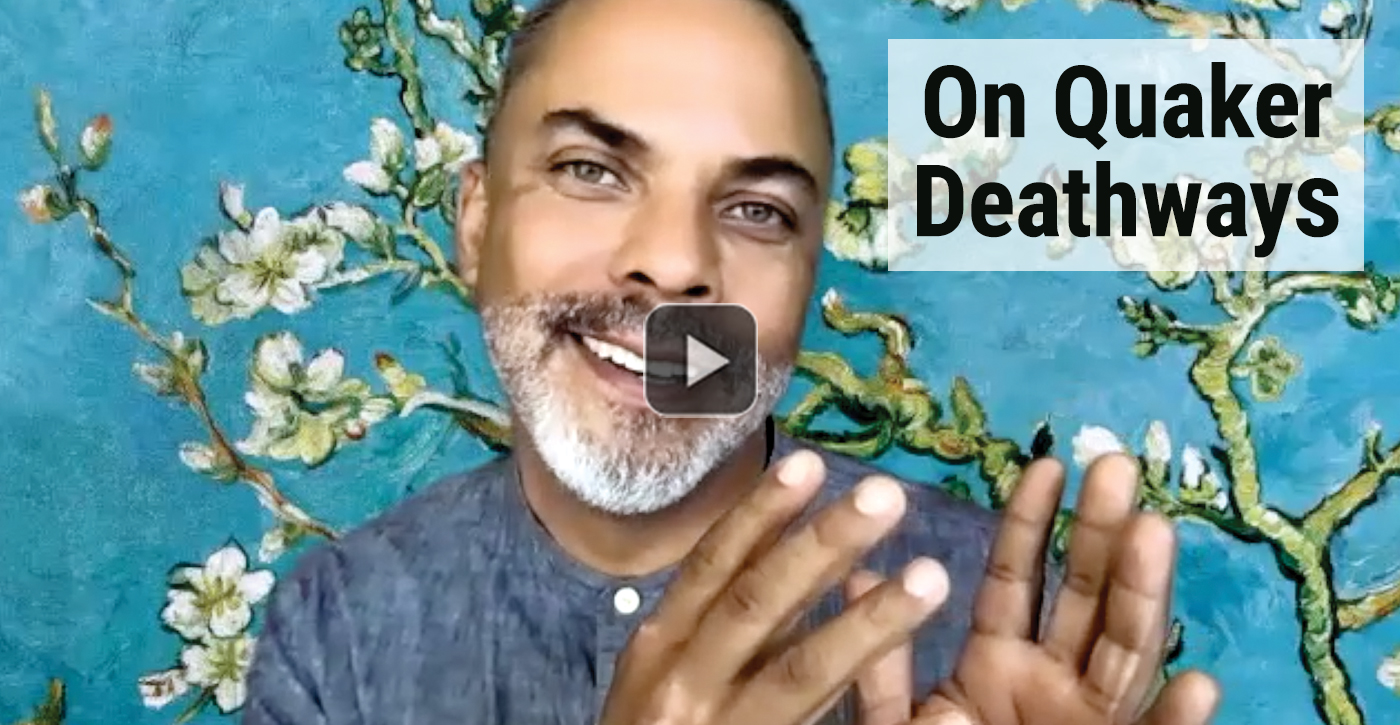