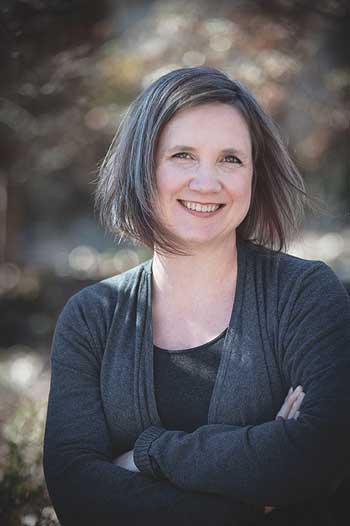 Philadelphia Yearly Meeting (PYM) announced the appointment of Christie Duncan-Tessmer as its new general secretary effective August 24, 2014, upon the retirement of Arthur M. Larrabee. Following a thorough and extensive discernment process over eight months, gathering input from members and meetings of PYM, and considering and interviewing a number of applicants, the General Secretary Search Committee united on its recommended choice. The committee expressed its confidence that Duncan-Tessmer is the right person “to move our community forward together in the Light.” The committee’s recommendation was approved at PYM’s interim meeting on April 12, 2014.

Duncan-Tessmer has served as the associate secretary of Programs and Religious Life for PYM since 2008 and was the children’s religious education coordinator from 2005 to 2008. Prior to her tenure with PYM, she held positions at Friends General Conference and Newtown Friends School, as well as leadership roles at several Delaware Valley social service nonprofit organizations.

Duncan-Tessmer is looking forward to assuming the administration of PYM, which “is ready to trust the solid foundation we have built in recent years, to trust in the Spirit, and to leap into new space where the vitality and potential among us can find new expression.” She envisions “an integrated, deliberate approach to our corporate work and life, as opposed to a string of programs and resources.” She wants members to experience a “large vibrant community manifesting Truth and Spirit.”

A native of Canton, Ohio, Duncan-Tessmer is a graduate of Ohio University with a degree in psychology; she also studied in the doctoral program in clinical human development at Bryn Mawr College. She and her husband, Zach Duncan-Tessmer, reside in the East Mount Airy neighborhood of Philadelphia, Pa., with their two children, Moxie and Ezra.

The general secretary is the chief administrator of PYM, responsible for executive leadership; oversight of all staff operations; and the support and integration of all PYM projects, services, and activities.

American Friends Service Committee (AFSC) nominated two groups working with and on behalf of marginalized women workers and poor landowners in India for the 2014 Nobel Peace Prize. The organizations are Self-Employed Women’s Association (Sewa.org) and Ekta Parishad (Ektaparishad.com), both of which are “deeply rooted in Gandhian traditions, exercising the power of large numbers of people working in nonviolent solidarity to create pressure and effect social change on a large scale,” AFSC wrote in its nomination letter.

Each organization addresses fundamental issues that are present worldwide, including the demands of new industries, large-scale agriculture, and the rights of small landowners to protect their claims. As the home of the world’s largest democracy by population and one-third of the world’s poor, India has become a key testing ground to address economic marginalization and generate political will to meet the needs of grassroots communities. For more information on the two nominees submitted by AFSC, please visit fdsj.nl/AFSC-2014-NPP.

In 1947, AFSC and the Friends Service Council in Britain accepted the Nobel Peace Prize on behalf of “Quakers everywhere.” Peace Prize Laureates have the privilege of nominating candidates for this honor. Each year AFSC takes advantage of this opportunity through a careful deliberative process of discernment, including consideration of input from Quakers and other supporters. The Norwegian Nobel Committee is responsible for selecting the Nobel Peace Prize Laureates. The 2014 Peace Prize will be announced on October 11 of this year.

Quaker Peace and Social Witness (QPSW) of Quakers in Britain, together with over 100 other  organizations, are taking part in a new online campaign called “For the Love of . . .” (Fortheloveof.org.uk), an initiative to raise awareness and influence decision makers. QPSW has been a member of the organizing body, Climate Coalition, for several years.

Climate Coalition, which includes sister coalitions Stop Climate Chaos Cymru and Stop Climate Chaos Scotland, has a combined supporter base representing more than 11 million people across the United Kingdom. Together, the groups campaign for the UK government to take practical action to keep global warming as far below the 2 degrees Centigrade danger threshold as possible, recognising that any more than a 1.5 degree rise threatens the viability and existence of many countries, particularly those that bear the least responsibility for causing the problem.

“For the Love of . . .” is based on the idea that everyone loves something that is threatened by climate change. Highlighting this (alongside the diverse and unexpected things that are at risk) will start new conversations about climate change and will demonstrate to politicians the breadth of support for climate action. The campaign showcases the diversity of the member groups. We all love different things, but we’re working together to tackle climate change.

QPSW is a hub for local and national Quaker action for peace and justice in the United Kingdom and is committed to nonviolent social change. It supports Quaker witness in local communities and represents Quakers at a national level to parliament, government, and the general public. To find out more about the work of QPSW, visit Quaker.org.uk/faith-action. A response to John Coleman's "When Quaker Process Fails" We Are All Philadelphia Yearly Meeting