There Is That of God in Every Place 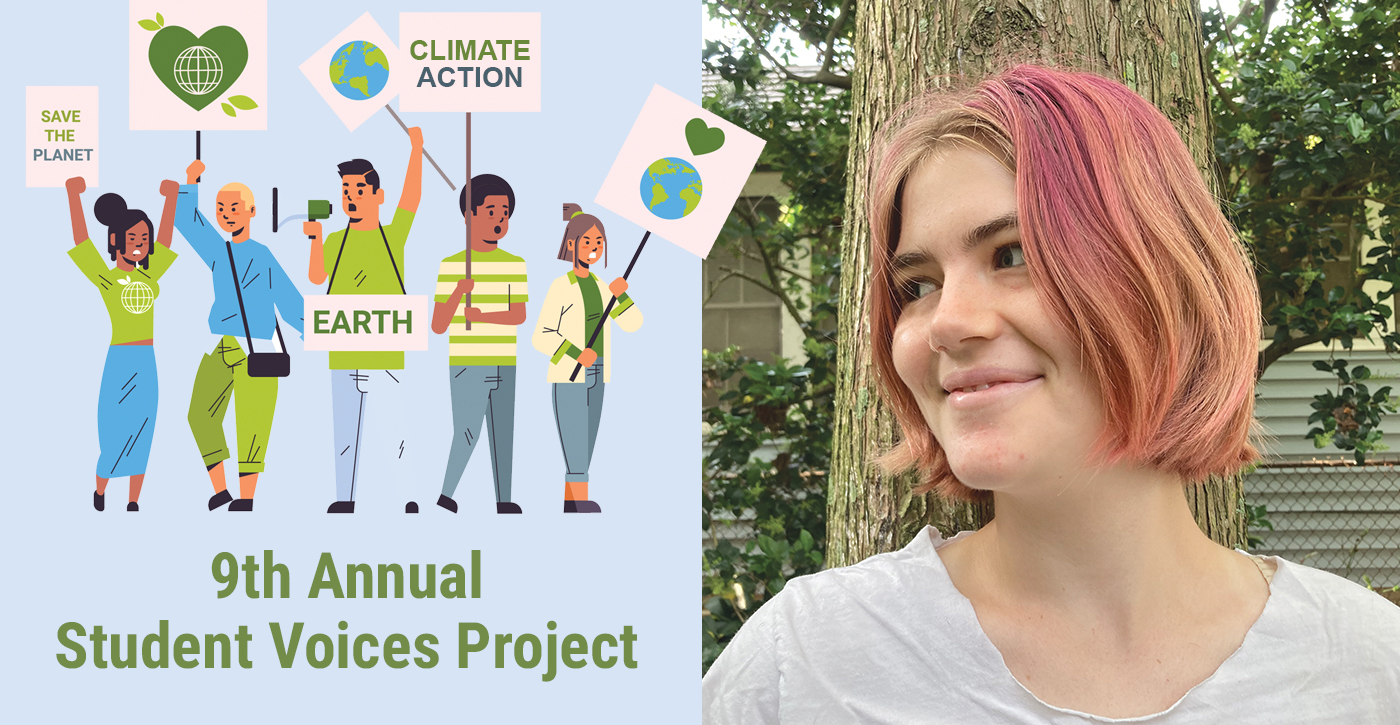 I’m from New Orleans, Louisiana, but every summer, my whole family goes to Maryland—where my dad grew up—to visit my grandmother and go to Catoctin Quaker Camp. Sitting on the floor of my cabin one day, I was informed by one of my dear friends that the South actually has no Black people because it is so racist. Actually a majority of Black people live in the South, and my friend was echoing a common and dangerous stereotype. If northerners can dismiss the South as a “bad” place, then why not let it get torn apart by storms or cracked open and tunneled under by frackers, drillers, and pipelines?

According to the U.S. Energy Information Administration, 47 percent of the nation’s total petroleum refining capacity is along the Gulf Coast. I’ve seen this firsthand. The land surrounding the Mississippi River from Baton Rouge to New Orleans, mostly home to working-class People of Color, is choked with oil refineries, shooting fire and spewing smoke into the air. We call this area Cancer Alley, for its cancer rate of 46 out of every million people. Our coasts are losing land, too. Approximately a football field an hour of southern Louisiana disappears under water. The people of Isle de Jean Charles, already forced into the delta because of European colonization, are being forced to move once again. Their homes are literally disappearing under water as a result of climate change, a side effect of colonization. This is more than a problem of housing for a culture that is so tightly bound to the land through fishing, tradition, livelihood, and love; without the land, the culture would disappear.

We are fighting to keep the oil companies at bay. Resistance like the recent fight against the Bayou Bridge Pipeline that was built through the beautiful Atchafalaya Basin might have been successful had there been more outside support.

Our swamps and marshes, once full of elegant straight-backed cypress, through which I’ve steered a motor boat, are now open water and dead stumps. This is being made worse by saltwater invasion accelerated by the cutting and dredging of canals so that oil companies can haul their equipment. Building so many rigs and pipelines and extracting so much oil leaves the land waterlogged and collapsing in places. When this infrastructure inevitably breaks or explodes, as in the Deepwater Horizon Oil Spill of 2010, oil spews into the landscape, killing thousands of animals and contaminating the mud and root systems of this land where it is likely to stay forever.

I remember hearing the names of the 11 workers killed and seeing pictures of pelicans slick with oil dripping into their eyes and beaks, smothering them. These oil leaks and spills are not always stopped. A Taylor Energy oil rig about 11 miles off the coast of Louisiana has been hemorrhaging approximately 300 to 700 barrels of oil into the Gulf every day since 2004, with no effort and no money to stop it whatsoever. No one outside of Louisiana seems to know or care. This land is seen as disposable. A local engineer even devised a way to collect the spilled oil and recycle it, and the company actually sued him. Taylor Energy isn’t even trying to clean up their mess. They know they can get away with it. This all might make it seem like the South and the Gulf Coast in particular is a lost cause, but this land and its people can be saved and are worth saving. This land is just as precious and the people are just as human as anywhere up North.

People assume that I’m eager to leave the South as soon as possible. I will not deny that it is frustrating to watch my state year after year come last on the good lists and first on the bad ones. It goes red in every election, just as dependably as the sunburned necks of hordes of sweaty tourists that crowd the French Quarter. But I could never leave; I love the South: the insistent humid heat; the way people stop in the grocery store line to talk with strangers about what they’re making for dinner; the resisting communities everywhere from Cancer Alley in Louisiana to an all-lesbian commune in Alabama; the way we support each other through hurricane after hurricane, joking through tragedy and laughing to live.The climate crisis cannot be solved without the South. We know from practice how to pull each other up; brush ourselves off; and rebuild again and again, without losing our minds. We know how to slow down and take the time to sit and watch the world go by: a direct contradiction to the fast talking go-go-go of capitalism that has permeated the culture of most of the United States. While sitting in worship amid the early morning sounds of the Catoctin woods or hearing a hundred voices rise in song at night with the darkness around us and the light of the campfire in the center, I hope that the prejudice against the South is not bigger than our collective desire to preserve our homes and our lives. I hope that when the next attempt to steal this land’s resources is inevitably made, the whole nation will rise up and fight against it: to fight for us.