James Nayler: The Lessons of Discernment

Friends encounter James Nayler mostly as an object lesson. They tend to know that he was an important early leader, and that he entered Bristol in 1656 on a donkey in a reenactment of Jesus’ Palm Sunday entry into Jerusalem. They may have heard that this drew heavy criticism, a trial, and serious punishment, and that the event damaged the infant Quaker movement by seeming to confirm its critics’ accusations of deluded fanaticism.

The Bristol event was pivotal in the development of a Quaker balancing act between spiritual enthusiasm and group discernment. Unfortunately, the traditional take on this event has impoverished our understanding of early Quakerism and has deprived us of an important guide to life with the Spirit—at a time when we most require James Nayler’s insights if our testimony is to grow in power, endurance, and purity. It is not his words we need, but the Life to which they point us—a life filled with a spirit of truth and fearless love.

My engagement with James Nayler’s writings has challenged me to greater integrity, faithfulness, and teachableness. But until recently it has been hard to find his writings in print. Since 1994, however, New England Yearly Meeting has published selections from some key texts, and Quaker Heritage Press has just issued the first volume of a beautiful, complete new edition.

Biblical allusions and imagery are woven together in James Nayler’s writings with passionate argument, careful theology, and acute reasoning, resulting in a very rich mix. The sentences run on and on, and I assume James Nayler’s preaching must often have been like this. Although his style is not a modern one, his preaching, reasoning, passion, and guidance are neither scholarly nor dry. He has experienced Life with the Spirit of Christ, he has thought carefully about the meaning of this experience, and, with no quenching of the experiential fire, he invites the reader to turn to the same teacher.

James Nayler is concerned with "the life of God in all," and he says that this divine Life is conceived as from a heavenly Seed. The individual’s required response to the small, hidden presence of this Life is to wait, and to learn to feel its motion and action in the heart. This motion will teach the individual how to follow, and how to act faithfully:

As the Spirit sees your wants, your love will spring and move in you, and bring forth towards God and man upon all occasions; which if you willingly serve in its smallest motion, it will increase, but if you quench it in its movings, and refuse to bring it forth, it will wither and dry in you, not being exercised. And it is the like of gentleness, meekness, patience, and all other virtues which are of a springing and spreading nature, where they are not quenched, but suffered to come forth to His praise in His will and time, who is the Begetter thereof, and to the comfort of His own Seed, and cross to the world: And if you be faithful daily to offer up your body as a sacrifice, to bring forth His image, name, and power before His enemies, then what He moves you to bring forth shall be your inheritance, and will daily increase with using.

It is most important to remember that this experience is not a matter of thought or feeling, but moves from inward experience to outward action. If you say that you are being moved by the Spirit, and your life seems no different than before, you are not yet under the Spirit’s guidance. Hence the emphasis in the previous paragraph on bringing out into the open the Spirit’s image as you have learned of it. The forces in the world (and in your life) that oppose it will react against it, and so the struggle is joined, the Lamb’s War.

James Nayler is realistic about how this must proceed: you must stay close to your Guide. And as you learn God’s voice and are faithful to it, you will be drawn further and further along in insight, and in an awareness of where next to focus your attention and acceptance of God’s healing.

Over and over, James Nayler reminds us to be patient, not to do or claim more than you have actually experienced: "Dear friends, be faithful in what you know, take heed of making a profession of what you are not. Let your food be in the life of what you know, and in the power of obedience rejoice, and not in what you know, but cannot live, for the life is the bread for your souls."

Keeping close to this experience is one way to learn the difference between the guidance that comes from the Spirit and your own thinking, willing, intending, and posturing. If you feel haste, impatience, anger, pride, or defensiveness, then you are moving out of the Light and starting to rely on your own insight and strength.

It is fascinating to see how James Nayler diagnosed his own state as he looked back on the incident at Bristol, the great lesson of individual enthusiasm by which we are to be warned. At first reading, his description seems contradictory. He says that he abandoned the Light and allowed himself to be led by others. Yet he is clear that the thing he needed to do was to wait upon the Lord and stay close to his meek, lowly, sacrificial life. God is to be relied upon to find even the most errant of sheep who waits for rescue: "Thus became I an occasion to make sad the innocent and harmless people, whose hearts were tender, and to make glad the man that delights in mischief, and such as rejoice in iniquity. . . . Over the head of all this was I kept by His power, while singly I stood in His pure counsel, and humbly walked in His daily fear: the loss whereof was of myself. And this to His eternal glory I confess forever."

James Nayler’s dependence on the Spirit was not just on any spirit: "See if your Christ be the same that was from everlasting to everlasting, or is he changed according to the times: in life, in death, in peace and wars, in reigning, in suffering, in casting out and receiving in." His understanding of Christ’s work leads him directly to the Lamb’s War because Christ has come to replace the old order with a new one, built upon the law of God written in our hearts. Thus, one more way the individual can tell if he or she is being led by the true Light or the false is to ask: "Are you led into opposition to the world’s ways?"

We can be confident in our grounding in the true, holy Spirit if it engenders holiness and a humble willingness to faithfulness, first in inward battle and then against the lie wherever we find it, wherever it oppresses the Seed of Life. Because it is in a place where inward and outward meet, the soul is an appropriate battlefield upon which to begin the war against outward evils in the world. More than this: if the battle remains unfought in any soul, then in our unredeemed regions, seeds of sin and death (fear, materialism, distraction) lie as in an incubator, from which they can spread abroad anew. The "Lamb’s War against the Man of Sin" is both a social and a revolutionary act.

James Nayler’s exploration of inward conditions is subtle and humane, yet unsparing, and thus it has much to say to us about how to live in that spirit that "bloweth where it listeth."

For further reading: Volume 1 of the eagerly awaited complete Works from Quaker Heritage Press has just appeared, with three more projected to follow. Currently, the biographical treatment that I recommend turning to first is Leo Damrosch’s The Sorrows of the Quaker Jesus. William Bittle’s James Nayler: The Quaker Indicted by Parliament is also good, though less perceptive of Nayler’s thought. Vera Massey’s The Clouded Quaker Star is a brief, popular biography that focuses more on Nayler’s personality than the other more scholarly books. When you read James Nayler, look for his letters, and for the tracts "The Lamb’s War" and "Milk for Babes and Meat for Strong Men." When publication of the complete Works reaches the writings from around 1656, you will be able to read the major theological tract "Love to the Lost." A short collection of James Nayler’s writings throughout his career can be found in Selections from the Writings of James Nayler that I edited. In addition to these printed sources, much of James Nayler’s writings is available on the Web at: www.strecorsoc.org/quaker.html; and soon at www.qhpress.org.

Brian Drayton, an ecologist working in science education, is a member of Weare (N.H.) Meeting and a recorded minister. 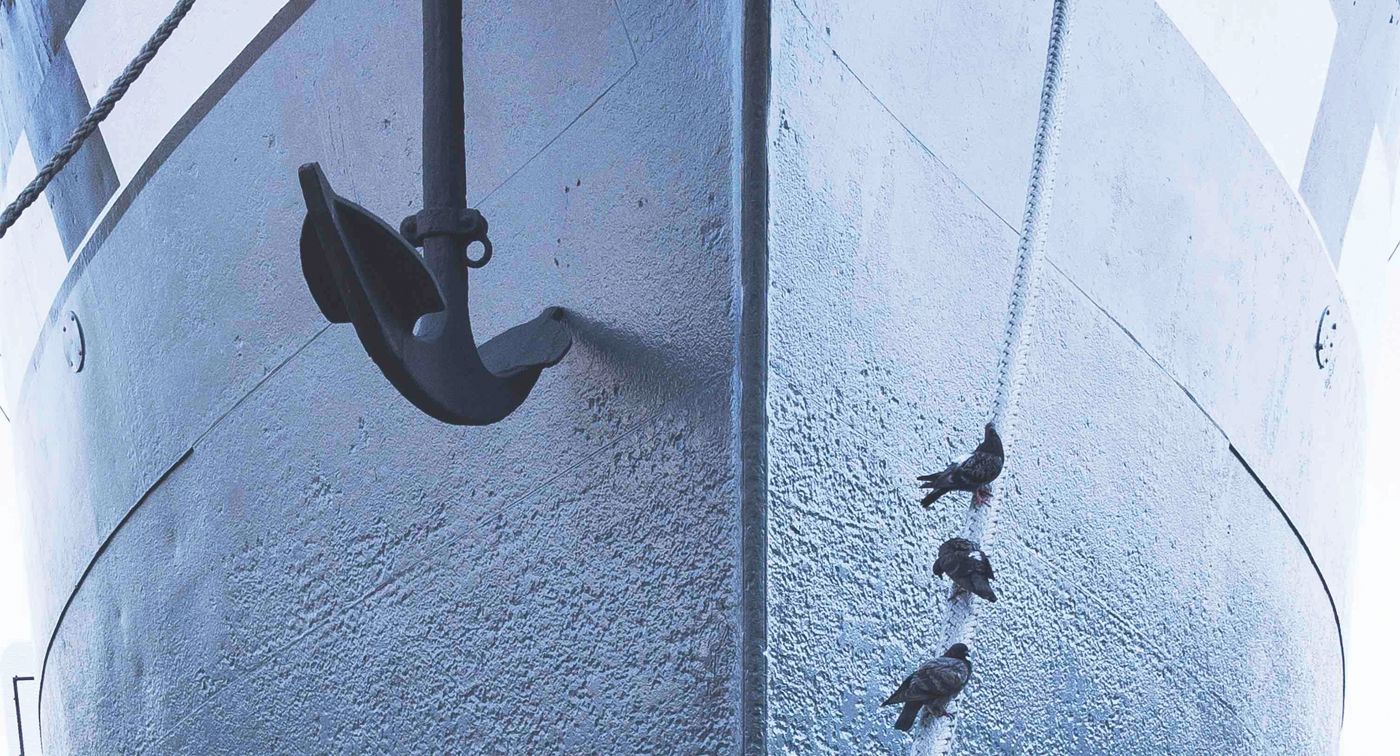 Be Cool, Not Hot

To better understand an adult’s behavior, psychologists often investigate the individual’s childhood experience. Events that take place in the early…