Quakerism was born in a time of revolutionary upheaval. Yet it learned how to survive when the revolution failed and was followed by decades of persecution.

I sometimes hear Quakers waxing nostalgic about recovering the fire and fervor of “early Friends.”

This longing is understandable. In my view, beyond the fire and fervor, the best things to recover from “early Friends” are the toughness and determination that brought the body through the years of repression.

This communal history looms large today because we are in an increasingly similar plight, facing an all-but-established police state, repressive within and truculent without. The grim details are described daily, if ever more faintly, in the remaining dissident media outlets here. While many Americans recoil, the majority shrug and submit.

Unlike early Friends, we are not being singled out—but we are not exempt either. The process is more sweeping and sinister now. Its essence was best described 50 years ago by Friend Milton Mayer in They Thought They Were Free. Mayer showed in calm, harrowing detail how ordinary, virtuous 1930s Germans were seamlessly reduced from citizens to subjects, cogs in the Nazi machinery.

One of the most telling features of this malevolent transformation was that for most, all it entailed was doing nothing. As Mayer put it: “the rest of the 70,000,000 Germans, apart from the 1,000,000 or so who operated the whole machinery of Nazism, had nothing to do except not to interfere.”

Or as one of his German friends confessed, in abject shame: “Suddenly, it all comes down at once. You see what you are, what you have done, or, more accurately, what you haven’t done (for that was all that was required of most of us: that we do nothing).”

“Doing nothing” does not mean cowering in a corner, but rather, focusing fixedly on daily life: family, job, religion, entertainments, even quiet political hand-wringing. All while being careful “not to interfere.”

By tracking how this tsunami of evil quietly engulfed so many “good people,” Milton Mayer became one of the most truly prophetic Quaker voices of the last century.

This discernment defines the elements of the task now before us. We can also learn of it from the costly but fruitful ordeals that overwhelmed Friends after their first upsurge. The heroes who endured the “sufferings,” and even wrested from them a real measure of freedom—they are our examples.

The watchwords for such a time of trial are two: Survival and Resistance, and they are offered here as a motto for our life and witness today, and for many tomorrows.

Survival does not yet mean preserving our physical lives. Rather, it means thwarting the soul-consuming program of compliant denial and submission starkly charted by Milton Mayer. Thus our first duty is to find the courage to banish illusion and face our plight, clear-eyed. This is a daily task.

Resistance means being faithful to this undeceived awareness, becoming “wise as serpents and harmless as doves,” persistently refusing “to do nothing”: challenging, undermining, and igniting sparks of liberation in what George Fox called “this thick night.”

Yet this summons to survival and resistance is not simply a call to the barricades, or even to more activism. There will be much of that, still. But the early Friends’ experiences suggest—as does Mayer’s book—that to be enduring, its wellspring will come from within, more than from without. Deepening our own personal and communal spiritual roots, making them our “strongholds”—these are the deepest “action” priorities.

There are sound theological reasons for this emphasis, but just as powerful practical ones too: when the new police state (or its enemies) begins to target Friends, and those with whom we are culpably connected, it is these “strongholds” that we will be forced to fall back on. They will become our ultimate redoubt, our basic line of defense, or we will have nothing.

Until recently, Friends’ mainly middle class status has seemed to protect us—not because we are strong, but because the rulers think us weak, gullible, easily intimidated, incapable of interfering. However, they are wrong about us. Quakers, after all, pioneered the making of steel, and in their early crucible, Friends learned steely resolve, doggedness, and courage. With God’s help, we can survive and resist again, and our witness can again have impact.

Indeed, a few of the rulers’ minions have begun to glimpse this subversive potential, as shown by the reports of spying on Quaker witness. There will be more of that. And in due time, if some persist in refusing the demand to do nothing, surveillance can be followed by more stringent measures.

So: Survival and Resistance. That is our call. Early Friends rose to it, and left us models and warnings. Our recent prophets have shown us that such a time of trial could come to us again. And so it has.

To take up this challenge, here are two suggestions: First, Read Milton Mayer’s book. Discuss it at your meeting. Then move to “A Quaker Declaration of War,” at the Quaker House website. Keep reading, keep talking, keep centering. The leadings will come.

Friends, the impending struggle will be long and costly. Let us set to work, then, to make it fruitful as well.

Chuck Fager has been director of Quaker House in Fayetteville (Ft. Bragg), N.C., since 2002, where he and others conduct GI counseling, peace work (rallies, vigils, etc.), and serve as a resource on peace concerns for Friends groups and others. He is a member of State College (Pa.) Meeting, and an attender of Fayetteville (N.C.) Meeting. He can be reached at chuckfager@aol.com; information about Quaker House is at http://www.quakerhouse.org/

Is thee truly a Friend?

I have been led to write this and ask it of all who will listen. This is a leading that… 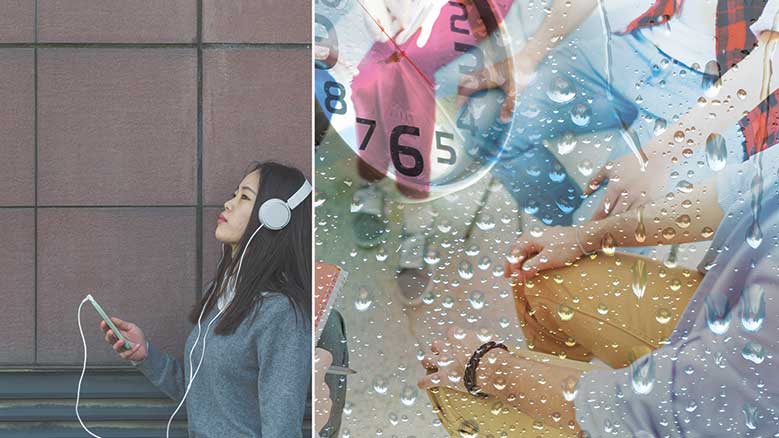