What we need to flourish

My father was a farmer for nearly all of his 95 years, and became a Quaker at 30 (“The Ministry of Quaker Farmers” by Rachel Van Boven, FJ June/July). He was not eloquent about his philosophy of farming or anything else. Although he did not say so, he loved farming, he loved his farm, he loved his animals, his gardens, and his woods. How did we know this? By seeing him treat them just as he treated us, his children – devoting his time and energy to provide us with what we needed to flourish.

He was born on the farm and died on it, and I believe that he, like I, considered it a part of his family, not a possession. He never modernized or scaled up with the hopes of making money; he made improvements when he saw that they would make it possible to do things better or, at times, to take some of the burden of work from his body. Nevertheless, he worked harder physically at 85 than I did at 55.
He was one of the most satisfied people I have known.

We are participating in an economic system that doesn’t support sustainable, healthy farming, and leaves many people poorly fed. Many Quaker farmers are also caught in this treadmill, with big investments in land, equipment, chemicals, confinement facilities, and harmful farm programs—typically with big debt. Getting off the treadmill seems impractical and even impossible—and they see Quaker fingers pointing at them.

To transition, we can all push for farm programs that nurture healthy food production and restoration of soil and water quality. Those of us who can afford it can put down the extra dollars to buy local, organic food. We can educate ourselves and others about the terrible dilemmas facing all farmers. We can support research that enhances good farming practices. We can hold chemical industries accountable for their perfidy, with full airing of harm done by their herbicides and pesticides and the systems that give rise to them.

Midway through World War II, my father enlisted in the navy in spite of having a young family. On one rest leave when my dad’s ship came into Boston, we were sent to the farm of the Diehl family in southern New Hampshire. My older sister and I were kept happily there with four or five other children while my parents were housed for R&R (rest and recuperation) at a naval officer rest camp on Lake Winnipesaukee. This kindness was the alternative service of the Diehls. We heard from them at Christmastime for years and years, and my memories (I was about four) are still vivid. It wasn’t until much later that I understood they were Quakers—pacifists—and that this is why we got to see baby rabbits, ride a pony, and sleep safely on a long porch on cots for a week. There was a piece of candy under my pillow the first night, which helped me recover from having to eat a bite of the liver served that night.

It was from this memory and knowledge that I finally, in my early 40s, discovered that I was a Friend and joined Stony Run Meeting in Baltimore, Md., nearly right away. I haven’t ever left.

Stewards of our corner of the world

Dayna Baily’s “Butcher Hogs for Sale” (FJ June/July) is a wonderfully thoughtful, thought-provoking, introspective, spiritual article. I stopped eating meat three years ago for three reasons: health, humanitarian, and ecological. She is right—animals are sentient beings and mammals share many traits in common. They’re family-oriented, care for their offspring, feel fear and pain, have memories, and many know when they’re going to be slaughtered.

I believe that we, as Quakers, are called upon to be ever-better stewards in our little corner of the world wherever possible. As George Fox said, “be examples” to others. Today, there is an abundance of plant-based protein—burgers, sausages, ground “meat,” roasts, and seafood substitutes—that taste as good as, if not better than, animal protein. I encourage those who eat meat to reduce their intake, if not for personal health, then for the health of the planet.

Even major corporations are getting on the bandwagon. Perdue is coming out with a chicken burger that is half plant protein because they see this shift in consumer consciousness, preferences, and diets. Burger King and White Castle are now offering burgers produced by Impossible Foods. And Philadelphia’s Citizens Bank Park is now selling vegan cheesesteaks developed by Philadelphia musician Questlove that use plant-protein “meat” from Impossible Foods.

Note from the editors: The June/July print edition of “Butcher Hogs for Sale” by Dayna Baily included a photograph provided by the author of a sample notice board that includes a phone number. The author asked us to block it out if we decided to publish it. We fully intended to follow these wishes but published the full photograph. We apologize for this lapse. 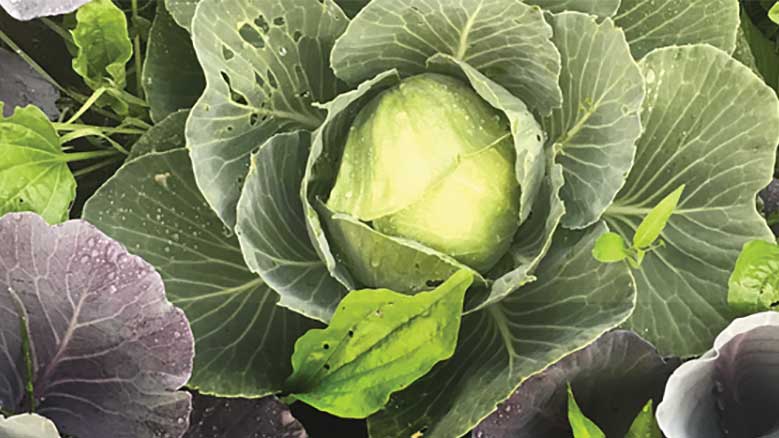 Among Friends: Our introduction to the June-July 2019 issue on Food Choices. Martin Kelley