Lady Bracknell: I dislike arguments of any kind. They are always vulgar, and often convincing. —The Importance of Being Earnest by Oscar Wilde (1895)

As Friends, we make decisions by consensus. At best, seeking consensus is a spiritual practice. But all too often, we settle for merely avoiding conflict, and that can lead us into trouble.

One effect of the 1973 U.S. Supreme Court decision in Roe v. Wade was to elevate the matter of abortion from the underworld to the more polite worlds of court and church where proponents and opponents debated constitutional rights and theology. Quakers stood aside from those debates.

Shortly after the court issued its decision this past June in Dobbs v. Jackson, which vacated the constitutional right to abortion, Friends Committee on National Legislation (FCNL) published a statement that looked back on the conflict among Friends and described the contending factions as follows:

Some Friends are strong advocates for abortion rights, recognizing that a woman’s choice is a matter of individual conscience to be taken in relationship with her God as she weighs the multiple impacts of pregnancy. Other Friends feel their commitment to nonviolence and honoring the Light of God in all human beings requires them to limit abortion options or oppose it outright.

FCNL’s Policy Statement identifies abortion as a “challenge issue,” where our governing body is not in unity on a position. Therefore, FCNL does not take a position on abortion.

Although FCNL is only one of many Quaker institutions, in some circles it is considered the political face of Quakerism. In political matters, Quakers often take their lead from FCNL. Having done so, Friends are sometimes heard to say that the Religious Society of Friends as a whole takes no position on abortion.

It’s anyone’s guess how long the “Dobbs era” will last. But one thing is clear: However long it lasts, conversations in the abortion space will not be polite. Indeed the conversation is already down-and-dirty. Friends’ “no position position” has become increasingly untenable in a country where the political culture is so thoroughly polarized that it is hard to find a conscious adult who has “no position” on abortion.

As the anti-abortion forces approached fulfillment of their efforts, the veneer of elevated discussion fell away. A description of anti-abortion Friends as marked by a “commitment to nonviolence and honoring the Light of God in all human beings” is anachronistic. It hardly captures the Machiavellian tactics that anti-abortion forces have used to build the anti-Roe majority on the Supreme Court.

Anti-abortion activists have harassed, intimidated, and bullied patients for simply seeking abortion and other essential sexual and reproductive health care with little or no accountability for decades. Abortion providers and reproductive freedom advocates have been threatened, stalked, and even murdered for doing their jobs. Health centers have been regularly vandalized and targeted by arsonists, including a Knoxville health center that was burned to the ground less than six months ago.

Now that the Supreme Court has vacated the right to abortion and turned the matter back to the states (or perhaps more precisely, to the streets), conversations in the abortion space will migrate from the distant realms of theology and constitutional rights to the realms of daily life: bedrooms, bathrooms, emergency rooms, police departments, criminal courts, jails, and prisons.

The new landscape will in some ways resemble the United States before 1973. Many of us have forgotten, or never known, the landscape before Roe. A January New York Times editorial by Ilana Panich-Linsman and Lauren Kelley gathered a series of stories of women, now elderly, who had abortions in the pre-Roe era:

[W]e will need to draw from their experiences in fighting back. Yes, a fight will be needed to regain access to abortion for millions once Roe is gone. And these women have waged that fight. They have waged it with their bodies. And they have the scars to prove it.

But the abortion fight is not merely a struggle of individuals against a bureaucratic state. Michelle Goodwin’s June New York Times essay, written shortly after the court overruled Roe, reminds us that the law on abortion prior to 1973 was part of a larger, more sinister, system that is lately trying to reassert itself:

The horrors inflicted on Black women during slavery, especially sexual violations and forced pregnancies, have been all but wiped from cultural and legal memory. . . .

State-mandated pregnancy will exacerbate what are already alarming health and dignity harms, especially in states with horrific records of maternal mortality and morbidity. . . .

Disproportionately, those who will suffer most are poor women, especially Black and brown women. Black women are over three times as likely to die by carrying a pregnancy to term as white women. . . .

The court’s central role—and sadly its complicity—in the harms that predictably will result from this decision cannot be overlooked. The court will be giving its imprimatur to states set to “trigger” laws that will criminally and civilly punish girls and women who want and need to end pregnancies, including victims of rape and incest, while ignoring the deadly traps in which most of those states have historically placed Black women.

Friends’ posture of silence in the matter of abortion must change. FCNL’s statement on abortion pleads “disunity” as the reason for taking no position. But we should not allow the mindful practice of seeking consensus deteriorate into the mindless habit of avoiding conflict. Disunity does not mark the end of conversation. Disunity can be overcome.

There are plenty of avenues for unity between Friends who, on the one hand, “recognize that a woman’s choice is a matter of individual conscience to be taken in relationship with her God as she weighs the multiple impacts of pregnancy” and Friends who, on the other hand, feel a “commitment to nonviolence and honoring the Light of God in all human beings.” The post-Dobbs environment demands that contending groups of Friends find common ground. Failure to take a position in the new environment will be like failing to take a position on feudalism.

Red Cedar Meeting in Lansing, Mich., has found a way forward in “Advice on Sexual and Reproductive Rights, Including Abortion,” minuted in April:

Quakers have maintained a policy of silence on the abortion issue while Roe v. Wade has been the law. Some Quakers have stood against abortion on religious grounds; we could not reach consensus on the theology of abortion, and we chose a policy of silence. It was a convenient policy. While Roe v. Wade was the law, we could afford to stand by silently while the U.S. Supreme Court provided the protection and took the heat.

But when the court abandons its opinion in Roe v. Wade, the landscape will change. The theological question will be less relevant. The new question will be: Why punish those who seek or provide abortion services? Silence is hardly a complete response to that question. . . .

Wrestling with that question must begin at the level of conscience; move through monthly meetings; and ultimately inform larger Quaker institutions, like FCNL. Our meeting is participating in that discernment, and we trust that other Friends are doing the same.

The advice from Red Cedar Friends gives us a path through disunity to reproductive justice. It is a path we must follow if we are to become relevant in a post-Dobbs world.

Erick Williams is a member of the Peace and Social Justice Committee of Red Cedar Meeting in Lansing, Mich. He is also a member of Friends Committee on National Legislation’s advocacy team for the Lansing area. 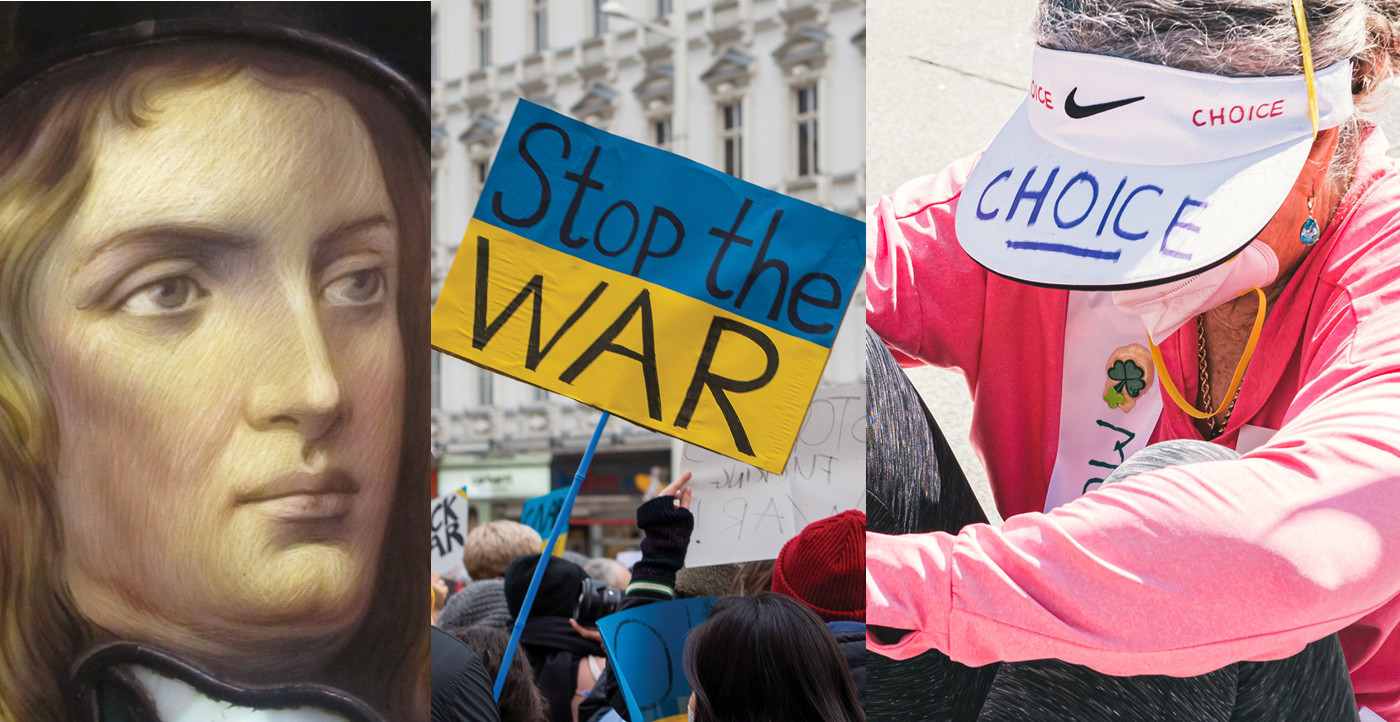 Our Top Five Articles for 2022

What Underlies the Debate about Abortion?

22 thoughts on “Quakers Must Take a Position on Abortion”