As a child I was a constant attendee at annual Gatherings of Friends General Conference. I *have many fond memories from summers spent on the campuses of schools such as Carleton, Kalamazoo, Stillwater, and many more. This summer I found myself at the 2007 FGC Gathering in River Falls, Wisconsin, after not having attended, for various reasons, since 1998—the last time FGC’s Gathering was in River Falls. I was excited to return this year for several reasons: being on Junior Gathering staff, living in the Young Adult Friends community, and simply returning to the Quaker community I loved so much as a child.

This summer I was fortunate to attend an interest group on "Convergent Friends." This group allowed space for us to explore what exactly a convergent Friend looks like. We were asked to participate in one of several small group discussions by selecting a query that interested us. I selected one that explored the types of people involved in the Convergent Friends conversation. While interesting and intense discussion occurred, some discomfort surfaced for me in what took the shape of a bias against programmed Friends. For example, in a raised voice a member of another small group claimed not to understand how programmed Friends were able to call themselves Quakers. I was deeply wounded by this and some other comments I heard from Friends.

I feel as if I were in some sort of Quaker identity crisis! Even though I had been brought up in the unprogrammed Quaker tradition and had attended Gathering many times as a child and teen, I currently attend a programmed Quaker church. Both of these aspects of my spirituality are important to me and they have coexisted quite well inside me. My own bit of Quakerism does not fit inside a box and cannot be categorized neatly. However, if you want to use labels, I am a "programmed unprogrammed liberal Christian Quaker." Notice, though, that if one takes away all the labels, the Quaker will always remain.

I was deeply conflicted at this summer’s FGC Gathering by what touched me as a demeaning stereotype against part of my Quaker identity. Perhaps the reason this hurt me so deeply was because it was inflicted upon me in a community to which I felt so connected. Upon further reflection, my suffering brought me to a deeper connection with those around me, and I also found healing within the Gathering, from Friends on various points in the Quaker spectrum; Friends who lovingly listened to me.

These connections more than anything else motivated me to dialogue and interact with a variety of Quakers. Besides the Gathering, this year I attended two yearly meetings, one affiliated with Friends United Meeting and the other with Evangelical Friends International. The connections and relationships built during these experiences did not allow theological disputes to be swept under the rug. Conversely, they were approached in a loving, compassionate manner.

I am also aware that there are additional stereotypes that other branches have toward each other. It is not simply a two-way street; it is about a six- or an eight-way intersection, due to the many wonderful varieties of Quakers today. We need to make sure we are not circling this busy crossing point with never-ending roundabouts. Instead, we need to install blinking yellow lights that remind us to slow down and be present in loving interaction with one another.

Friends, these are trying times for Quakers. We are a peace church, and being peaceful among those Friends with whom we cannot see eye to eye may be painful, but reconciliation within our own denomination cannot be overlooked. There are several simple steps one may take to build a bridge, instead of a fence. Perhaps it is inviting a Quaker of a different branch to have coffee or tea. Or one could intentionally attend Quaker events that are multi-branch gatherings. For those who are more isolated and have limited travel means, why not educate oneself through books, pamphlets, and the Internet? There are limitless amounts of creative ways to engage in dialogue. Of course there may be moments of fear and discomfort while engaged in this sort of dialogue. Friends, we are not meant to live a comfortable life. I urge you to seek the Spirit in every Friend you meet, whether programmed, unprogrammed, semi-programmed, Christian, Universalist, atheist, theist, etc.

These connections we build may start as simple wooden bridges with creaky boards. Yet if nurtured with loving diligence, they have the opportunity to become as notable as the Golden Gate Bridge.

As you read the following song by the Greenham Common Women, from Sing in the Spirit: A Book of Quaker Songs by The Leaveners, allow it to sit with you and see how the Spirit may lead you to build a bridge:

Building bridges, between our divisions,
I reach out to you, will you reach out to me?
With all of our voices and all of our visions,
Friends, we could make such sweet harmony.
"An Investment . . . with High Returns"

Liz Wine, a member of University Friends Meeting in Wichita, Kans., is a social worker in child welfare. She feels a calling to continue the dialogue among the Quaker branches.

Eight Questions on Convergent Friends: An Interview with Robin Mohr

Friends everywhere are addressing questions about being authentic Quakers, not just Evangelical Christians and not just liberal do-gooders. What is… 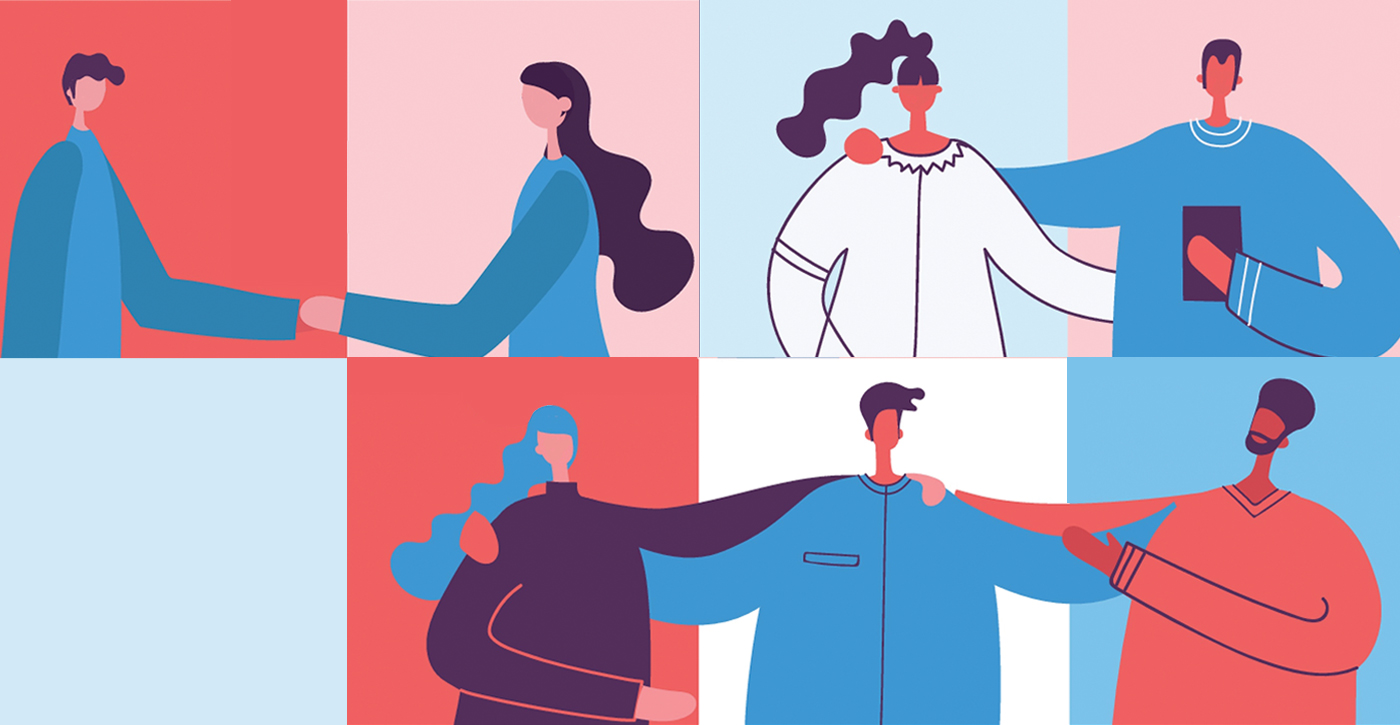 Visions of a Strong Quaker Future

How Do We Build a Religious Society That’s Creative, Relevant, and Thriving in 30 Years? Johanna Jackson