A Cup of Tea

The stranger in the U.S. desert combat jacket stood six-feet-five in the sunshine of early winter in the worship room of Lawrence, Kansas’s Oread Meeting. He unrolled an oriental rug and quietly set about making tea in a shiny copper two-tier teapot. As we sat cross-legged in a circle and waited for the tea to brew, Aaron Hughes—artist, veteran, peace activist—began to speak:

The combat support missions would halt.

The day would end.

The sun would set. In the motor pool where we all slept, the third-country nationals would roll out a rug, pull out a hot plate, gather around, and warm water to make tea. Tea that was always generously offered despite . . .

There were about a dozen of us, including two children, Gus and Iggy Richardson. The boys’ presence made the occasion a more sensitive and tender one, for these were Quaker boys, with a historic testimony to uphold or deny.

After the tea had steeped, Hughes served it to us in cups of ivory porcelain, each one embellished with the imprint of flowers. As we sipped the sweet black tea, Hughes recalled a conversation from a few years ago. He was sitting by an elderly woman on a bus moving through Illinois. She pointed out the window to what she said was the site of a former prisoner-of-war camp for “beautiful German boys.” She recalled how she and her girlfriends would “ride horses over to the camp and flirt with the boys and blow them kisses.”

The clerk of Oread Meeting, Loring Henderson, picked up the conversation thread to recall how when he was a young child during World War II, German prisoners of war were billeted in Lawrence, and local churchwomen baked them cakes, which they left for them at the gateway to the camp.

There was little sense of this shared humanity in Hughes’s experience of war. At 20, he was called to fight in Operation Iraqi Freedom. As a truck driver, his job was to haul military supplies from camps and ports in Kuwait to various bases in Iraq. He was in Iraq to help people, so he thought. “Within the first three months it became clear to me that we were not there to help the Iraqi people,” he said. Although disillusioned, he continued to follow orders, but as the deployment went on, he began to question them. The children he was there to help would be begging for food on the side of the road; 15 months later, they were still asking for food.

On his return to the United States in the summer of 2004, Hughes sought a way to create meaning out of the trauma he had both experienced and inflicted. He became active in Iraq Veterans Against the War. He wanted to be part of something creative, so he majored in art at the University of Illinois with the goal of using art to confront war and dehumanization. Later, when he got his master’s of fine art, he decided to devote his life to antiwar art. One of his first projects, the tea ceremony, marries beauty and cruelty.

Part of the inspiration of the project arose from a curious and romantic story that took place 6,000 miles from Iraq, in the Guantanamo Bay Detention Camp established in 2002. There, 779 men from 49 countries were held in dire conditions. In the early days, they had no pencils and no books, not even the Qur’an, their holy book. But in the evening after supper, the detainees were served tea in Styrofoam cups. It was a rare pleasure. Although it was forbidden, they scratched designs on the squishy cups with their fingernails. After the guard collected the cups, he noticed they were incised with the likeness of flowers. This changed his view of the detainees. This reinforced his belief that the detainees were human beings who remembered beauty, found solace in it, and created it.

While Hughes heard about these cups in 2008, the process of serving tea became important after his return trip to Iraq in 2009. He would invite people to gather around an oriental carpet; serve them tea in Styrofoam cups; and, through his prepared script, lead them to talk about their own experiences of war. The conversation might turn to recall what they were doing that infamous September 11, 2001, when the World Trade Center’s twin towers fell; what they remember of the invasion of Iraq in the spring of 2003; or some small incident that personally touched them. In so doing, Hughes succeeds in expanding military history to include the view of “the little person.” By enlarging the conversation about war, he reminds me of the famous quotation by George Fox: “You will say, Christ saith this, and the apostles say this; but what canst thou say?”

In 2005, Hughes began working with Amber Ginsburg, a ceramicist at the University of Chicago. Seven years later, she completed an astonishing project, FLO(we){u}R, based on the Mark V dummy test bomb from World War I, in which seeds were dropped instead of bombs. (See fdsj.nl/flo-we-u-r for an informative video.)

Hughes approached Amber with the idea of collaborating to cast the Styrofoam cups out of porcelain.

They used the purest form of clay, the kind used to make porcelain, although it was expensive and less forgiving than earthenware or stoneware. In Chicago, they fabricated 65 molds, and brought them to the Lawrence Arts Center, in Lawrence, Kansas, which sponsored the project and installation.

Over a period of six weeks, Hughes and Ginsburg filled the molds with slip (about the consistency of a milkshake) and cast over 779 porcelain cups, one for each Guantanamo Bay detainees (with extras in case of breakage). On the exterior of each cup, they inscribed flowers—tulips, roses, irises, jasmine, and other national and native flowers to represent the countries from which the detainees came. They placed a decal with the name and citizenship of a different detained man on the bottom of each cup.

As Elizabeth Schultz, member of Oread Meeting, sipped her tea from one of the cups, she felt enthralled. “To hold one of these teacups and to see the precision of the incising, one is aware of fragility. It’s like holding a human life in one’s hand. Aaron and Amber have brought art into a world where there is no art—into the bastions of war, murder, and mayhem.”

After the tea ceremony, young Gus asked his mother, Breeze Richardson, “So we are drinking this tea to say sorry for what our government did?”

When she nodded, Gus said, “Well, that’s good. I like this tea.”

She kissed his head and told him that it was important to know the names of the detainees, and that so many of them had done nothing wrong. She explained how in the Middle East, where most of the prisoners came from, people sit down as friends, family, and strangers together and drink tea; in recreating the tea ceremony, we were honoring them.

Later, after the tea ceremony was finished, I stood with my hands in warm sudsy water in the sink of the meetinghouse kitchen. I washed and wiped each cup as reverently as a priest drying a chalice. These fragile teacups imprinted with flowers felt like sacred vessels, a symbol of pain unjustly suffered and of the power of beauty and hope.

Update, September 2015: The online version of this article has been updated with some corrections from Aaron Hughes.

Jean Grant is a member of Oread Meeting in Lawrence, Kans., and author of its privately published 50-year history, Seeds of Silence, and a novel, The Burning Veil. 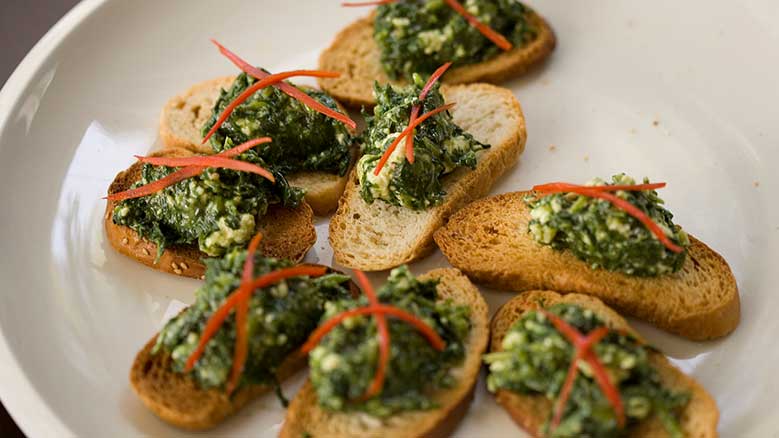