The origins of Quakerism were the seventeenth century, a time when people were seeking to make sense of their faith in Christ. My grandparents from both sides were Quakers, as were my parents and most of my siblings.

When it comes to the question of whether we are Christians and real Christians, Quakers, like many other religious groups that profess Christianity, have both strengths and weaknesses. I believe that there is no Christian-professing group that is inerrant or totally righteous. All human beings, however good they are, sometime fall short of that goodness. So the question, “are we Christian or are we really Christian?,” can only be answered by each Quaker Christian person. Why so? To become a Christian is an individual choice. We can really become a Christian if as an individual we have been convicted to do so. There is a saying in my mother tongue which goes, Kumwoyo kukhubolela kwahila owakhusala, “Your heart will tell you better than the one who brought you in the world.” The choice of being a Christian emanates more from one’s heart than from being convinced by other people. The spirit from within is powerful to transform one’s thought, which in turn transforms one’s actions and words.

Are we Christian as Quakers? Yes and no

Yes, because many Quakers around the world have demonstrated the love and kindness that were and are reflected by our Lord Jesus Christ. Being a Christian means emulating the person and character of Jesus Christ. I believe in Scriptures as God’s living Word. They are the source of power and wisdom which we can apply in our daily lives. I believe Quakers have drawn a lot from Scriptures, especially the New Testament which is Christocentric in nature. That Christ is an embodiment of what he said and did (see the multiple “I am” statements of Jesus in the Book of John) has been reflected by many Quakers I have encountered or read about:

Ways in which we are not Christians

Many times Quakers have focused so much on the religiosity of Quakerism rather than its spirituality. Last year, attending some of the annual Quaker gatherings and worshiping in Quaker meetings at home, I realized that most Quakers would rather promote a Quaker identity than the spirituality rooted in the person and character of our Lord Jesus Christ. In their religiosity, they rely on their personal knowledge, feelings, and mind as the measure of truth rather than upon the inspired Scriptures and Holy Spirit for direction.

Many prophets of the Old Testament such as Isaiah, Ezekiel, Amos, and Jeremiah prophesied against religiosity in Israel. Chapters 1–39 of Isaiah speak about the consequences of complacency. Many Christians today, including Christian Friends, tolerate complacency and practice the opposite of love, peace, equality of all, justice, integrity, community, and simplicity—the very core values that should be reflecting in their lives. We need to revisit the foundation of our faith, and practice what is rooted in our Lord Jesus Christ, our Inward Light.

Walter Brueggemann, a minister and scholar in the United Church of Christ, challenges believers against complacency of faith in his article “Prophetic Imagination.” Those are the ones who imagine a world without God, or believe in a remote God who is not directly involved in the world, or a “pet” God who is preoccupied with one’s own well-being (along with the well-being of one’s nation, party, gender, or ideology). He says that such people take for granted images of God—liberal- and conservative-minded alike. Like prophets of old, do we have Quakers who, like Brueggemann points out, can confront the powers of our nations today and who see nations as the primary focus of God? The Old Testament prophets saw the world being turned upside down by powers that led them to exile and left their land devastated. It was the prophets’ task to help people imagine new ways of hope. Is this true for us Quaker Christians of today?

Many times our words and actions do not match our beliefs as Christians. Christ was the embodiment of his teaching and deeds. His words and actions matched who and what he was and what he did. When he said, “I am the light of the world” (John 8:12), he demonstrated by giving sight to the blind; when he said, “I am the bread of life” (John 6:35), he fed the hungry. These and many more verses in John are good examples for us Christians today to emulate if we would confidently claim to be of Christ. An important question to ask here is: when carrying out interventions in lives of the needy, what is our goal and our standard for action? Howard A. Snyder, in his article “Distinctiveness of Biblical Development,” says that God’s intention for the needy should be the goal and standard by which we help those in need.

There are still elements of discrimination among professing Quakers around the world. Discrimination manifests when dealing with those who are not like us. These are, for example, the people of other faiths or religions, especially those who do not profess Christianity; people of other races; the poor; people with disabilities; people with different social, political, and economic status. We are not like Christ because Christ died for all, and God loves the whole world, not just a part of the world (John 3:16).

Many times as Quakers, we are silent when we are supposed to speak out. Unless we are reluctant to speak or act for the voiceless—like the separation of families in America, women especially in African nations, modern slaves in countries like Saudi Arabia and Libya, Palestinians who are being murdered daily, the poor around the world, people with special needs, and many other voiceless at all levels of our relationships—we are not fit to be Christian. We need to speak out on behalf of the voiceless (Proverbs 31:8–9, Isaiah 1:17).

We are really Christians if we love as Jesus loved, that is loving God with all our heart, soul, mind, and strength, and loving others as ourselves. For us to love God, we must be spiritual. God is Spirit (John 4:24), and so if we keep in step with the Spirit, our lives are marked by the Spirit’s fruit as in Galatians 5:22–23, which puts it clearly that there is no law that will condemn us anymore.

Does it matter that we are Christians?

Yes, it matters a lot that we are Christian because of the following:

What does it even mean to be Christian in the world?

To be Christian in the world means we listen to Christ’s instructions not only with our ears but with our hearts too. We have to live as if we are not of this world because if we live comfortably in the world, we will love the world so much and treat God remotely or even imagine that God does not exist. It also means living each day as if it is the last day of our lives and keeping the kingdom priorities of entering a new earth that is without suffering, sorrow, and death. This way, we will always be reminded to act justly, and love mercy, and walk humbly with God (Micah 6:8), knowing that our work will be shown for what it is because the Day will bring it to light. It will be revealed with fire, and the fire will test the quality of each person’s work (1 Corinthians 3:13).

Margaret Namubuya Amudavi has a degree in theology from Friends Theological College (FTC) and in Christian education from Kenya Highlands Bible College. She has a master's in development studies from St. Paul's University in Limuru, Kenya. She has served FTC as a teacher and academic dean. 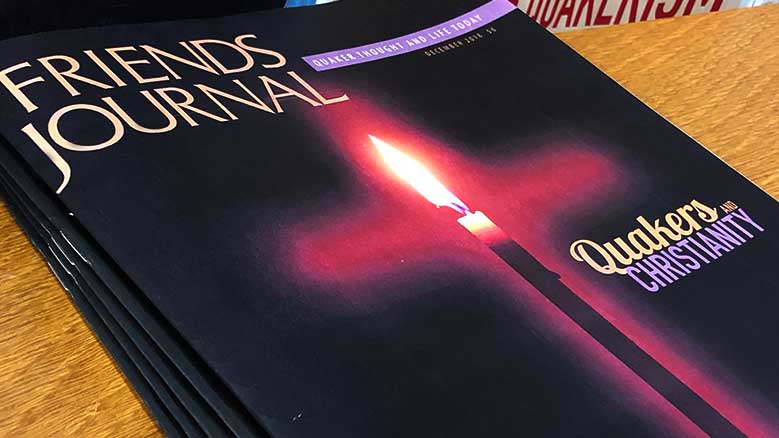 6 thoughts on “Are We Really Christian?”