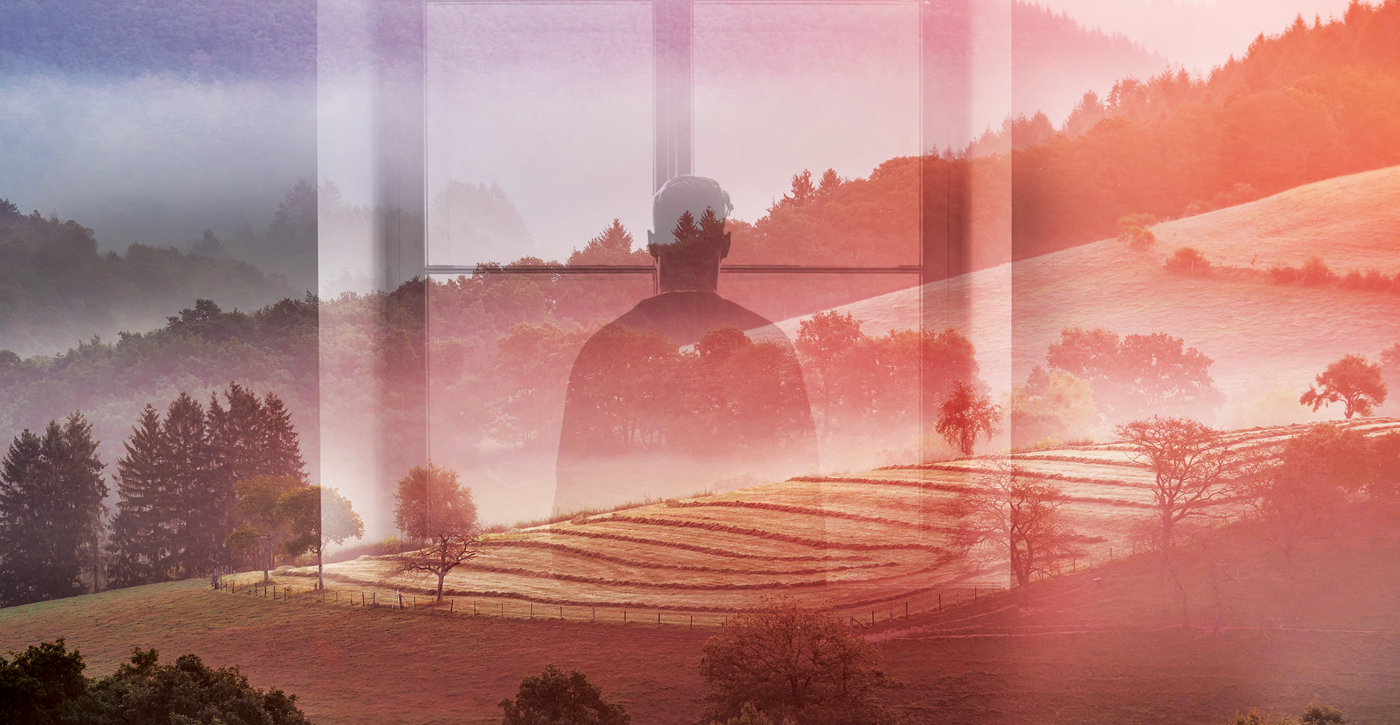 Photos by Sasha Freemind and Marc Marchal on Unsplash.

The Paradox of Quaker Worship

When I first attended Quaker meeting, we lived in Buffalo, New York, and I taught in the English Department at Buffalo State College, having started there in 1970. As it happened, my then-wife, Parnel Wickham, had for four years attended Westtown School, a Quaker boarding school outside Philadelphia, Pennsylvania, near West Chester, and she thought that I might like Quaker worship.

We drove into the middle of an African American section of Buffalo on the east side of Humboldt Parkway, one of those urban renewal four-lane roads that split up communities. In fact, we walked into the former boyhood home of a person who happened to be the long-time treasurer of Buffalo Meeting. It was a two-and-a-half story wood-sided home off a junky park near the Buffalo Museum of Science.

Even though that was more than 50 years ago, I remember sitting there in the worship silence with others. My body’s bones began to relax as I filled up with stillness and began breathing with others in the double-sized living room of the former family home: resting, nearly nodding off at times; becoming quiet and more still; hearing my breathing a little; absorbed in the silence with others; and feeling—oddly but strongly—that I had come home.

It was odd because I knew nobody. It wasn’t home at all. The area itself seemed cut off because the parkway was so close, less than a block away. Even though there was an upright piano just off the living room area, nobody played hymns or sang. I don’t recall whether or not anyone stood up to give a message. Of course, I had no idea about what I was supposed to do there.

Yet, I had a feeling of home while sitting there: something easy, relaxed, and free of whatever furious energies and worries I might have brought into the room. My anxiety simply faded away and I felt in the right place and intuitively present, allowing my mind to drift along beneath words, even though—inwardly—I heard many words: snatches of hymns, sayings by my grandfather, images from my Vermont grandmother, songs and bits and pieces of poems. All of these odd words filtered through my mind as if they were fleeting, dreamlike images instead of texts to be studied. Mostly, it wasn’t the words, the hymn tunes, the other songs, or the sayings that mattered; rather, something happened beneath the surface of these words while I floated there with others in the living room area: resting, nearly nodding-off, quiet and still. There was a deepening, which led into an underground of more silence, sweet and open and at rest. Whether or not I actually said the words aloud, it felt like coming home.

The Quaker silence represents a distinctive, community-constructed container: one that makes it possible for worship participants to enter into an experience of silent waiting and become different versions of themselves. In a sense, it’s almost like trying on a spiritual persona.

How ironic was that? I’d grown up in the loud chaos of a home that featured a roller coaster of people continually coming in and out; too much vodka; too many sisters, aunts, uncles, and guests from all over who were noisy, loud, and upsetting, practically shouting, telling stories, raucous and fun—anything at all except this stillness, the silence filling up my mind at every moment.

Something seemed to shift inside, even though it took years to figure out what had happened when I walked into Quaker worship and sat for that initial hour. This shift was unanticipated yet touched heart and soul intensely. By upbringing and small-town rearing, I was extremely male: too loud at times; certainly with a tendency to be aggressive; and—in all—a terrible listener, because, essentially, I didn’t care what others felt and thought, being so wrapped up in myself.

Through my first year at Syracuse University, I had continued to be totally committed to sports, particularly to basketball, and had played for the varsity basketball team in my freshman year (we were terrible). This was just previous to the Bing/Boeheim era. My only claim to such a sport was that I was a consummate team player; my body knew the fundamentals: I could both play defense and shoot the ball, and I had an aggressive, competitive edge out on the floor.

None of these attributes fit the world of these Quakers, with its emphasis upon getting quiet, becoming inwardly still, open to a silent waiting and deep listening. In fact, this homecoming feeling represented the opposite of many of my characteristics. Probably, this was the main point: I craved (without even knowing it) the other dimensions of my life: the emphasis upon stillness; being absorbed into the present moment; cultivating an inward, growing silence; and being with others and doing this contemplation together. Something felt more complete; I loved being together with others in the silence of worship. Because I had spent four years as a tenor in the chapel choir at Syracuse University, I found that hymn tunes and words came into my mind as a way to center and become still, which brought me further evidence of having come home.

It was as if I had entered into a musical performance without words: the ground bass of the strings pumping along; a subdued strumming, deep and resonant, fitted up into the growing inner space. I just sat there with others: open, becoming a kind of conduit for some release of energies, totally in harmony. Without words, I felt some underlying unity, my heart pumping along as usual, slow and clear, inward and with others as well.

It’s all about paradox and irony, this process of becoming a Quaker. The participant becomes immersed in the worship silence: listening (what some traditional Friends call waiting on the Spirit). The Quaker silence represents a distinctive, community-constructed container: one that makes it possible for worship participants to enter into an experience of silent waiting and become different versions of themselves. In a sense, it’s almost like trying on a spiritual persona.

This persona or mask is paradoxical in itself, because Quakers adhere to a certain authenticity, connected to the testimony of integrity and plain speaking. This means that the assumed mask connects with an emphasis on being authentic, allowing one’s experience to come out into the open. Even so, this somewhat new version of the self is enacted as a version of persona, a mask or assumption of identity. In shifting to another and different way of knowing, one occupies an alternative version of the self: one that has more transparency and power to listen. It is a Spirit-led version of the self, which is a different persona.

Much later, after studying with Ben Pink Dandelion at Woodbrooke in England, and reading and talking with Rex Ambler, I realized that my homecoming feeling connected to Ambler’s extended pamphlet The End of Words. Having researched the writings of George Fox and the experience of the Light, Ambler described in this pamphlet a compelling vision of Quakerism:

What is distinctive about Quakers is that in matters of the spirit they give priority to experience, allowing themselves to be guided by the deepest impulses within them, “that of God” within them, rather than following ideas and beliefs which are only after all human constructions.

We can give expression to our insights, hopes, longings, feelings, sufferings, victories and whatever else, and in whatever expressive form we choose. In that respect Quakers could be, if they wished to be, exuberantly artistic.

I have loved this approach—open to the moment and a creative mode of worship. At times, for example, because I play the piano and sing, I have found that hymn tunes rumble out of my body and soul as ministry. What if—reflecting on Ambler’s point—Friends were engaged in being these “exuberantly artistic” people within our worship? There’s a different kind of knowing; it’s a heart knowing, an opening into an underground of creative listening, guided by the Inner Teacher.

After all, even though Quakers attract many educated people (doctors, social workers, psychologists, teachers, and the like), Quaker worship is not primarily an intellectual process: the silence and its consequences do not focus upon ideas, the mind, concepts, or theories. Quaker silence encourages—indirectly and not didactically—a different way of knowing: one in which one’s experience, emphasizing the heart, is a primary metaphor for this knowing. One becomes immersed in the silence, becoming more and more still, using whatever tools one has to settle, and simply rests.

Quaker worship is not primarily an intellectual process: the silence and its consequences do not focus upon ideas, the mind, concepts, or theories. Quaker silence encourages . . . a different way of knowing: one in which one’s experience, emphasizing the heart, is a primary metaphor for this knowing.

The heart is a convenient metaphor for this alternative way of knowing and being, but there’s something beneath the metaphor as well. There’s the simple (yet layered and complex) becoming still, allowing the mind to drift into the background and the experience of the heart and soul to be more present. In a sense, this is a contemplative process, one that can be followed, for example, by contemplating the short phrase from Psalm 46: “Be still, and know that I am God.”

One of the most prominent aspects of being a Quaker was communicated by an English Friend when he described in worship his approach to the text of Psalm 46: he said he just let himself be, and let that being float into his heart. “Just be,” he repeated; then, “Be still; let the words resonate and go deeper; oh, be still and allow the stillness to swallow up the present moment.” And then he said,

Reflect about how the knowing (it’s really through the stillness) becomes something else, a way of being and knowing through the silence, after all. Knowing is an entry point into what it might mean to be immersed into an experience of the Divine Presence, just resting within this inner stillness, after all, beneath the words.

During most of the pandemic, Stanford Searl was the Carroll Research Scholar at Pendle Hill retreat and conference center in Wallingford, Pa. (mostly virtual), studying the Quaker gathered meeting. In 2019, he published two poetry chapbooks, Songs for Diana and Mary Dyer's Hymn and other Quaker Poems. Contact: stansearl@gmail.com. Our introduction to the June/July 2020 issue. Martin Kelley

1 thought on “Coming Home to Silence”