Organizing with the Spirit

“If the church is to impart to the world a message of hope and love, of faith, justice, and peace, something of this should become visible, audible, and tangible in the church itself.” —David Bosch

On a chilly evening in December of 1998, I sat worshiping in candle light in the overflowing Quaker meetinghouse in Lincoln, Nebraska. In a month Randy Reeves was due to be executed by the state. Randy, a member of the Omaha tribe who was taken from his birth family at age three, is the adopted son of Quakers Don and Barbara Reeves.

In March nearly 20 years earlier, Randy had been drinking all day and had taken peyote. Though he had no history of violent behavior, that night he went to the Lincoln meetinghouse and killed Vickie Lamm and Janet Mesner. Janet was the caretaker for the meetinghouse, and Vickie had been visiting her. Vickie’s two-year-old daughter, Audrey, was asleep in another room when her mother was killed.

The day after the murder, members of Central City Meeting, the community in which Randy and Janet had been raised, gathered for worship. In a moving display of love and forgiveness, Janet’s grandmother placed two roses, one for Janet and one for Randy, in the sanctuary before worship.

Members of Janet’s family were praying with us to stop the execution on that December night in 1998. I remember the power of worship that night, sitting together feet away from the site of the murders and feeling the pain of loss, remembrance, and forgiveness that echoed in the room and in the messages spoken. We felt the sorrow at the prospect of another death. Could prayer and love stop the grinding wheels of retribution?

During the months of actions to stop Randy’s execution, three roses became the symbol of forgiveness: one for Vickie, one for Janet, one for Randy. Janet’s family had been speaking out to save Randy’s life. Though Vickie’s family was in deep disagreement about the death penalty, her husband, Gus, and daughter, Audrey, now a young woman, flew from Oregon the week before the execution to advocate on Randy’s behalf.

A few days before the scheduled execution the newly elected governor Mike Johanns refused to hold a hearing for clemency for Randy or accept a rose from Audrey Lamm. The next day she and others delivered 2,000 roses on the steps of the governor’s mansion. That afternoon the state issued a stay of execution.

The story of Randy, Janet, and Vickie stays with me. The willingness to forgive, the sense that night that those in the meeting and many others understood how violence begets violence and were willing to stand up to stop the cycle made an impression on me. Though Randy being incarcerated for life does not bring healing for the families, there was a sense in this case that the Quaker community was willing to live its commitment to healing justice, to publicly witness to a different way, and to ground that witness in the Spirit.

Being a part of that witness gave me an image of what faith-based activism grounded in supporting the community could look like.

Recently I talked with several Unitarian ministers in the Denver, Colorado, area who have developed a model for small group justice ministry that seems to offer a way to practice the kind of witness that the Quaker community and the victims’ families utilized to stop Randy Reeves’s execution. The foundational idea is that justice is about restoring right relationship, changing individual behavior and societal structures to create the Beloved Community.

Deborah Holder, one of the architects of the model, explains further:

The characteristics of restorative justice reflect an empathetic and disciplined spirituality of resistance through the practice of reconciliation and nonviolence in thought, word, and deed. Concerned with healing all wounds caused by living in a dehumanized world, this rapidly developing alternative to traditional community organizing tactics is based on the interdependent web of life—all things are connected to each other in a web of relationships. Instead of revenge and punishment, restorative justice is symbolized by the vision of the Beloved Community.

Small group justice ministries attempt to live out healing justice through practice: working together in connected, spiritual activism. The small group of eight to ten people forms and discusses their covenant, the way they intend to be together as they work with and in the community. The group takes time for each person to tell their story without interruption, for each to share their gifts and experience. The group focuses on an issue that is alive in the community and does research about the organizations of people most affected and the status of the issue in the region.

After the period of formation and preparation, the small group builds relationships with people from local social change coalitions and organizations. The first step in that process is listening, and no actions are taken except in response to the needs of the community most affected. The basis for engaging with the community most affected is companioning, being present and bearing witness with those experiencing the oppression. The small group gathers twice a month. In the first hour, they worship together and one person tells a story about their experience, how they were changed by it, and how God was at work. The second hour is spent doing business.

The ministers in Denver talked about how practicing this small group justice ministry model has changed them. They feel as though they are a part of a transformational learning community and understand social change as a religious vocation expressed through practicing the healing justice paradigm.

Their witness has had real-life impact. The congregations in the Denver area are focused on immigrant justice and have assisted the immigrant community in campaigns for driver’s licenses for people without papers. In August of last year, undocumented people could legally receive driver’s licenses in Colorado. Three months later one of the Denver area Unitarian congregations took in a man who was about to be deported with his family, offering them sanctuary and resisting unjust immigration laws.

The Unitarian minister Thandeka wrote that “the theological foundation of social justice is protecting souls, [healing the] repeated blows to the emotional integrity of the human heart.” In the witness of Quakers and others in Nebraska against the execution of Randy Reeves and in Colorado with these Unitarian congregations, my sense is that wounds of the spirit were and are being healed. The healing needed for real social justice is the work of a lifetime, and my sense is that when the Spirit and love are at the center, the community is able to commit long-term to being midwives of the Beloved Community, the family of God.

Lucy Duncan is director of Friends relations at American Friends Service Committee. She has been a storyteller for 20 years and has worked with Quaker meetings on telling stories for racial justice and of spiritual experience. She attends Green Street Meeting in Philadelphia, Pa., and lives with her son and partner in a Quaker cemetery. To learn more about the Quaker social change ministry model described in this article, go to afsc.org/friends/resources. A version of this article first appeared on American Friends Service Committee’s Acting in Faith blog. 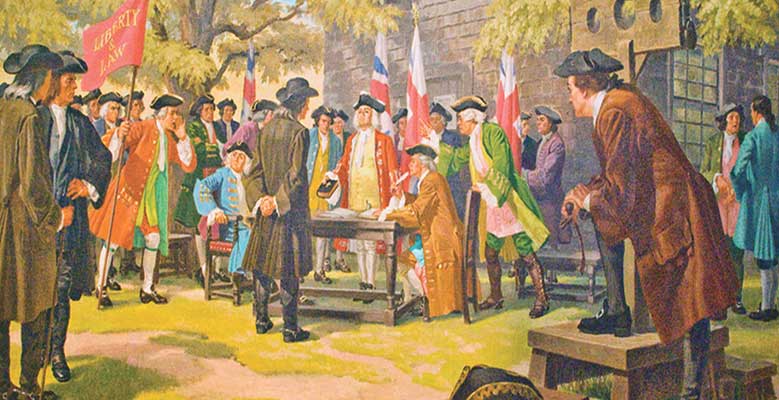