Perhaps my death will be like Dad’s,
surrounded by children
and the chaplain and the hospice nurse and some aides
on staff who had come to love him, too,
singing and praying him on his way,
squeezing his hand, whispering “Jeg elsker deg” I love you.
Dear father, with your strong grip on life and all of us.

Or maybe it will be like Sophie’s
so lost in a tangle of tubes and machines
that no one knew
until
a nurse heard the loud alarms and came to check
too late.

Or Loki’s
hit not once, but twice, by slow-moving cars in the cul de sac
while neighborhood children stood still in shock and surprise
and a little bit of horror on that Halloween night.
“I’ve called 911,” shouted a neighbor.
“It’s a cat, not a child who is dying here.” I said. “The police needn’t come,”
but they did.
Loki felt gentle hands as he breathed
and bled his life out on the curb,
resting on a bystander’s flannel shirt.

I might go like Grandpa did
one Saturday before Easter
washing the car until he came inside to lie down for a while
because of dreadful pounding aching in his head.
Gone a minute later,
while his wife of 53 years called for help.

My death will not be like Andrew’s
who put his dog to sleep and walked across the border
to another country and put himself to sleep as well.
“So peaceful. He looked so peaceful,” said the maid
who came in the morning to clean the room. “But he was all alone.”

Mom’s dying
came with all her family around her in old age and illness,
each of us anointing her forehead with oil and a blessing,
even the three-year old asking, “Is it my turn now?”
Among us in spirit was her newest great-grandchild, laboring to be born that night.
Death and birth did not come until early morning, only her son remained
grasping her hand, and now newly a grandfather.
We asked ourselves if they had passed one another, the newborn and the dying,
both on their way to a new world. 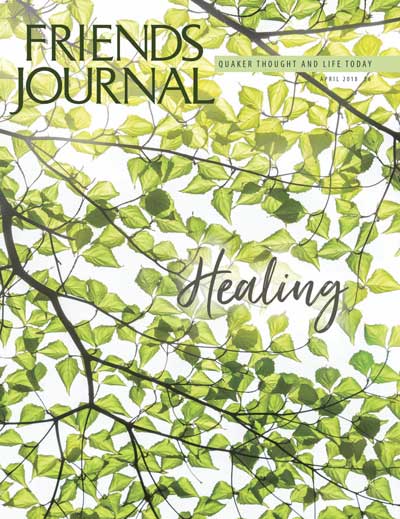 FJ Poetry: The hospice nurse was shaving his slack jaw when we arrived… Tina Schumann FJ poetry: Explaining all of what could happen when... Jane Blanchard

A introduction to the issue.