This summer I attended my first Gathering. Organized by Friends General Conference, these annual retreats bring together hundreds of Quakers and their families from across the United States for a week of community programming and spiritual nourishment. It was a life-transforming experience, and I am still going through withdrawal after being surrounded by 1,400 beautiful souls of all ages. Throughout the week, I wrestled with this year’s theme of “Seeking Wholeness,” and wanted to reflect upon what the pursuit of wholeness means to me as a Quaker who is gay and Palestinian.

At the Gathering, I grew to understand that we may aspire to become whole but not fully realize that possibility, given our scattered beings and lives in today’s world. We spent the Gathering week in a beautiful part of North Carolina, surrounded by lush green hills and cloud-capped skies. Despite meeting for worship every day and opportunities for meditation, yoga, hiking, and relaxation, the density of the schedule was exciting and sometimes overwhelming. It was not possible for me to attend every event related to Israel/Palestine or LGBTQ concerns, plus participate in all the programming for people of color. Furthermore, being present in North Carolina also meant that I had to leave behind my normal life for a number of days. During one worship, I came to peace with the cognizance that despite being pulled in so many different directions, my spirit at Gathering and beyond was whole. Our souls are able to hold all the various parts of who we are. And when we hold one another in the Light, we merge our spirits collectively in a community of love, nurturing our minds and bodies along the way.

Realizing wholeness is also a challenge when we are broken. It is not always possible to find the words to describe the pain we carry. While at Gathering, we commemorated the one-year anniversary of Israel’s war in the Gaza Strip last summer, which took the lives of over 70 Israelis (65 of whom were soldiers) and 2,200 Palestinians (the vast majority of whom were civilians). Friends from Zimbabwe spoke of the trauma of experiencing state-sanctioned homophobic violence in their country, reminding us of the anti-LGBT bigotry that is found in the United States and around the globe. African American Friends discussed the agony of watching the Charleston shooting and the subsequent burning of black churches across the South. One individual described feeling the need to join a Baptist church in addition to his meeting in order to be part of a black congregation during these difficult times. Another individual contemplated how to reconcile our faith-based devotion to pacifism with the possibility that she “might have still been a slave today if it were not for the Civil War.”

As a Palestinian Quaker who is deeply committed to nonviolence, I must confront similar debates on the most efficacious and ethical ways for Palestinians to achieve our basic rights and dignity in the context of illegal Israeli military occupation of our ancestral homeland. Coming together with Friends in sharing our heartbreaks with one another was therapeutic and helped alleviate the pain. Knowing that we are not alone is such a critical step on the path to wholeness. Remembering the words of the Lebanese poet Kahlil Gibran has also shaped my understanding of wholesome resilience: “The deeper that sorrow carves into your being, the more joy you can contain.”

The spirits of our ancestors guide us in these lifelong journeys in search of healing and resistance to oppression amidst so much suffering. As a Quaker, I am proud of being part of a faith-based community that has a rich history of unwavering nonviolence and social justice in spite of a world that has long been mired in violence and injustice. From the abolition of slavery to women’s suffrage, LGBT liberation, and Palestinian human rights, Quakers have been at the forefront of countless struggles for equality, and this activism is informed by a spiritual imperative of speaking truth to power.

It was through the Ramallah Friends School, a Quaker institution established in 1869 in Palestine, that I was introduced to Quakerism. The school serves both Palestinian Christian and Muslim students, the former tracing their heritage back to the earliest Christian communities in the land the Romans called Palestine. The school’s environment of tolerance and respect, celebration of diversity, and high standards of education allowed me to thrive as an intellectually curious teenager who was coming to terms with his sexuality as a gay person.

When away from school, I seriously considered taking my life away. I did not think I could bear the conditions under Israeli military occupation during the Second Intifada (or Palestinian “uprising”) coupled with my traditional and patriarchal society’s expectations of masculinity. Yet the Ramallah Friends School enabled me to experience Quaker moments of silence, even while we could hear the sounds of Apache helicopters, Caterpillar bulldozers, F-16 jets, missiles and bombs, tanks and jeeps, as well as funeral processions, marches, and demonstrations. I also performed on stage in the school’s theater, participated in events at the chapel, and served as president of student government. Books and the spaces on the beautiful campus provided me with an escape from the harsh reality around me. I knew that I could do social justice work using nonviolent tools informed by a theology of compassion. And that I could make my dream come true of attending Swarthmore College, an undergraduate institution founded by Quakers in Pennsylvania, and then Harvard University for my graduate degrees. It became possible for me to find meaning and purpose while maintaining my belief in God. Being Quaker has enabled me to be part of a spiritual community that accepts me for all that I am and with all of my complexities.

I returned to Swarthmore at the end of this summer for a three-year professorship in peace and conflict studies, with the honor of teaching at the institution that offered the first peace studies course in the nation. I hope to keep alive the legacy of the Quakers there and everywhere who have recognized the Light of God in every human being. The steadfastness of the Palestinian people who refuse to accept displacement and dispossession and the courage of LGBTQ people around the world who refuse to languish in closets gives me strength. As I seek wholeness for myself and my sisters, brothers, and queer siblings in humanity, I remember the 1824 words of Elizabeth Heyrick, a British Quaker and abolitionist: “Truth and justice, make their best way in the world, when they appear in bold and simple majesty; their demands are most willingly conceded when they are most fearlessly claimed.” Quakers might be pacifists, but we are not afraid, and this fearlessness brings us closer to wholeness. Quakerism today is not only the most powerful source for my moral compass, it is also the ideology, practice, and community that saved my life. I am forever grateful to the Religious Society of Friends for these reasons, and I’m so happy to be continuing my journey of wholeness as part of the Quaker community in Philadelphia.

Sa’ed Atshan is a visiting assistant professor of peace and conflict studies at Swarthmore College. He is a member of Central Philadelphia (Pa.) Meeting. 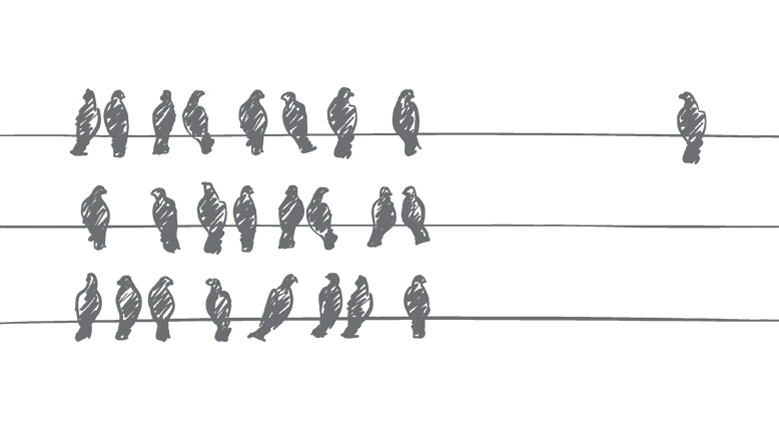 2 thoughts on “Realizing Wholeness: Reflections from a Gay Palestinian Quaker”