As I look back over FCNL’s first 50 years, the past, the present, and the future merge, separate, and reconnect. Faces of concerned Friends flood my mind: Friends straight from the farm, from small towns, from big cities, articulate experts, earnest youth, quiet Friends whose passionate convictions often speak more convincingly than rational argument. They have come to Washington, D.C., out of an inner need to be faithful to Friends’ testi­monies, responding to urgent appeals for citizen action, taking full advantage of the channels to political power open in our form of government.

The head of the Washington, D.C., office of the United Nations once said to me that he liked to read the FCNL Wash­ington Newsletter and learn about what Friends were working on. “Your issues often aren’t in the headlines of today, but I’ve learned they will be in five or ten years.”

There have been times to celebrate the tearing down of the Berlin Wall dur­ing FCNL’s 1989 annual meeting, Rich­ard Nixon’s announcement of his 1971 trip to China, congressional passage in 1961 of legislation creating the Peace Corps and the Arms Control and Disar­mament Agency, the 1963 Partial Test­ Ban Treaty, and the 1973 congressional cutoff of funds for the bombing of Cam­bodia.

But more often we have had to take comfort from small progress and mini­mal steps that point the way toward the next struggle. And sometimes the world seems to be moving farther away from our goals; for example, from our vision of negotiated worldwide disarmament, supported by political settlements under world law, or from our goal of abolishing the death penalty.

Ed Snyder (left) and Oregon Senator Mark Hatfield in the early ’70s. FNCL building is in the background.

A discussion group at the 1992 FNCL Annual Meeting

George and Helen Bliss, staff members in the late ’60s.

These past 50 years have brought many changes in the legislative scene. Fortunately, the number of FCNL’s col­league organizations in the religious com­munity, beyond our traditional Quaker allies, has grown significantly. In the ’40s and ’50s Jewish groups were FCNL’s main co-workers on peace and justice issues. But since the ’60s and early ’70s most Protestant churches have placed capable representatives in Washington, D.C., working on such issues. The ’70s also saw a huge increase in Catholic ac­tivism. NETWORK, a lobby led by a group of activist nuns, has been a major FCNL ally since its inception. In the late ’70s the Jesuit Social Ministries and the Mennonite Central Committee joined with FCNL in its work on Native Ameri­can issues. The Mennonite-FCNL coop­eration in this area continues.

Ways have also been found to expand FCNL’s core staff in the capitol, adding people who sensitize us, inform us, keep us relevant. One is the periodic infusion of Friends’ concerns via the Friend in Washington program. Over the years, knowledgeable Quakers have come for a period of months or, in a few cases, more than a year, to work on priority issues, such as U.S.-China policy, U.S.-Soviet relations, disarmament, United Nations, civil rights, the law of the seas, and energy policy.

Another invaluable addition has been the FCNL intern program, initiated in 1970 at young Friends’ requests. They asked FCNL to develop a relevant way by which they could do to change U.S. policies. Every year since, young women and men, usually just out of col­lege, have spent 11 demanding months as legislative and research assistants to FCNL lobbyists.

Types of actions have changed during these 50 years, too. In the early days, caravans of Friends came to Washington, D.C., to lobby against universal mili­tary training and for a variety of causes. Now Friends are more likely to organize a delegation to visit members of Con­gress near their own homes when mem­bers hold “town meetings.” Today Friends are likely to receive action sug­gestions via a personal phone call from FCNL staff, or from FCNL’s weekly recorded telephone action message (202- 547-4343),or via Compuserve or Peacenet computer networks. Through it all, the familiar yellow FCNL Washington Newsletter has provided issue analysis, bill numbers, progress reports, action suggestions, and voting records.

But some changes in the workings of U.S. government have not been as positive. Members of Congress have become much less accessible to individual constituents. Senators and representatives now have many more staffers, who are the ones to receive constituents and lobbyists and buffer the members from direct contact. Even more important, appointment secretaries, who have lists of large campaign contributors who have bought access to the senator or representative, find there is little time left for individual constituents or “cause” lobbyists. Far-reaching campaign finance reform is essential in order to reinvigorate the democratic process.

In addition, Congressional committees, the heart of our government’s legislative process, have increasingly shut down opportunities for citizen groups to testify. Under Sen. J. William Fulbright, the prestigious Senate Foreign Relations Committee would hear every organization and even some individual citizens who requested an opportunity to be heard on legislation and treaties before the committee. This once-common committee practice is increasingly rare. A recent exception, which demonstrated the value of citizen participation, was the hearing on the Peace Tax Fund before a House Ways and Means subcommittee chaired by Rep. Charles B. Rangel. This hearing provided an opportunity for a wide array of individuals and organizations to be heard. But to arrange for that hearing, FCNL lobbyists worked with the Peace Tax Fund Campaign for eight years! Today, most committee witnesses are “experts” from current and former administrations and academic think tanks. While some of this development may be due to the increasing complexity of issues, a valuable component of the legislative process has been lost, and citizens’ alienation from government has increased. FCNL and like-minded lobby groups now must find other channels to reach policymakers. One of the most valuable is through constituent meetings in members’ home states and districts.

How might we evaluate FCNL’s first 50 years? Some would like a list of accomplishments or successes. I’m reluctant to compile such a list. Cause and effect on matters of major national or international significance are nearly impossible to identify. Myriad forces and personalities are in play. Even professional historians advise and revise interminably. And who can factor in mystery? synchronicity? amazing coincidence? the power of a cloud of witnesses? the moving of the Holy Spirit in the affairs of humankind? I hesitate to surmise which strands of the past are woven into the background, or the foreground, of the patterns of the future.

But I’m not ready to accept the view that we “are only undefeated because we have gone on trying.” To me it is enough that Friends have been in the middle of some of the major issues of our time, following the Light that is given us-and that our role has often been on the pioneering edge, pushing and prodding for change, not waiting for some national consensus to begin to emerge, as so many groups do.

We have a large responsibility to the future, and we proceed in faith and hope. But we are not without resources. I identify three.

First, we build on positive, solid Quaker contributions throughout U.S. history—for freedom and against slavery, for integrity, for equality, for public education, for peace. This reputation opens doors and opens minds in surprising places, on Capitol Hill and elsewhere. I am bemused beyond measure by the report that President Reagan’s gift to President Gorbachev at the 1988 Moscow summit was a copy of the film Friendly Persuasion, accompanied by Reagan’s rambling description of the plot. And because we build on these Quaker foundations, we all bear a challenging responsibility to ensure that this heritage is not diminished.

Second, FCNL has developed a process that taps into the collective wisdom of the Religious Society of Friends by extensive consultation with Friends across the country, as policies are determined and priorities chosen. This process ensures that the promptings of the Spirit can be heeded as Friends seek divine guidance.

Third, FCNL’s knowledgeable staff members, also seeking to follow such leadings, provide a window on the policymaking process, identifying channels through which Friends can effectively make their views known to their own senators and representatives. FCNL lobbyists also convey their expertise to members of Congress and their staffs.

In addition to these three specific areas; FCNL offers another strength to Friends: the opportunity to provide leadership in relevant coalitions. Experience has taught that, to be effective, FCNL must work with like-minded organizations, with the understanding that such concerted action is not sufficient without active participation of Friends and others at the local level.

What of the next fifty years?

FCNL’s effectiveness on Capitol Hill has never depended on campaign contributions or ability to deliver votes. It has relied on its ability to provide timely, accurate information from a moral perspective. Probably even more important has been FCNL’s willingness to articulate a vision of the world as it could be and should be—and to refuse to accept self-imposed limitations on what is possible. Often we are pleasantly surprised by the positive response to this perspective from jaded, politically “realistic” members of Congress and their staffs.

I believe FCNL’s most important contributions may lie ahead. The popular view of a world of continuing economic and material growth and consumption is running aground on the shoals of overpopulation, war, resource depletion, and environmental pollution. Progress must now be redefined in terms of spiritual growth, deeper interpersonal relations, aesthetic satisfaction, and simple living. Quality of life, not quantity of goods, must become the standard. Friends’ testimonies of nonviolence, simplicity, respect for all people, and human justice have never been more relevant. 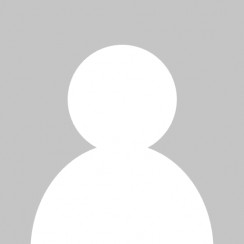 Ed Snyder, FCNL's executive secretary emeritus, completed 35 years with FCNL in 1990. He and his wife, Bonnie, now life in Bar Harbor in his home state of Maine, where they are members of Acadia Friends Meeting. He is clerk of the newly formed Friends Committee on Maine Public Policy.

Creating a space where all people are welcome, heard, and respected. Beth Henricks Political Change through the Power of Stories

A Friend finds new confidence in her voice as a citizen. Joey Hartmann-Dow