My path of presence has lent itself to the “letting go” that is necessary to move forward. I have logged some serious hours in Dhamma talks by Ajahn Chah; Thich Nhat Hanh; Ajahn Jayasaro; and elective diversions, which include Eckhart Tolle, Rumi, and Jiddu Krishnamurti. Just a spiritual neonate in college, I dabbled in the writings of Lao-Tze, and my spiritual journey has led me to the Religious Society of Friends.

Recent societal developments have touched my local unprogrammed Friends meeting. Society’s rush to conversation surrounding racial justice and equality seems well-intentioned, but the conversation sometimes ignores the past. There is a rich history of racial justice discussions found in places such as W. E. B. Du Bois’s 1903 assertion of “the Talented Tenth” versus Booker T. Washington’s belief in education and entrepreneurship, Kwame Ture’s 1966 popularization of Black Power and subsequent Pan-African revolution, as well as Fannie Lou Hamer’s courageous grassroots work in the 1960s for political and economic change. These discussions predate the 2013 Black Lives Matter movement. Simply stated, this issue is discussed today without the recognition of those who have tried this before.

While grateful for the work of Lucretia Mott, John Woolman, and other wonderful Quakers during the period of slavery, I am reluctant to assert that their same level of Quaker discernment is practiced in relation to the injustices of our present day.

The fervor and speed at which Quaker discussion joined the bandwagon of antiracist platitudes and empty actions was surprising. While well-intentioned, the removal of offensive statues, congressional meetings with the public, and visual displays of knee-bending for the media are just pacifying gestures. Conflating outreach measures to individuals of a certain race as representative of an entire community is equally as flawed. The Black community is not a monolith. These single actions will not lead to a more just society, and I would argue they will only lead back to an unjust society. They are a knee-jerk attempt to rectify an issue that is much deeper and requires intentional organization and spiritual discernment. I strongly identify with the in-your-face spiritual—and hence political—moxie of seventeenth-century Quakers. The same level of discernment and spiritual radicalism should be mustered for our present-day challenges.

Yet here we are in the twenty-first century, lost in the niceties of ideas surrounding community, peace, and equality. Within the Quaker community, it is distracting to identify the proud heritage of Quaker abolitionist thought and action as our sole justification for right intention. While grateful for the work of Lucretia Mott, John Woolman, and other wonderful Quakers during the period of slavery, I am reluctant to assert that their same level of Quaker discernment is practiced in relation to the injustices of our present day.

There is a strong and meaningful movement toward eco-justice within the Quaker community. Our meeting works on sustainable agricultural techniques, degrowth efforts to include renewable resources, and antiwar protests that include antinuclear development on the grounds of the peace testimony. This same fervor is not found in attempts at racial justice which seem hollow and stuck. In matters of race, I sometimes wonder whether I have been transported back in time. The conversations are always the same. The focus is always predisposed to one’s feelings or honoring diversity, but that focus ignores the actual economic injustice that underlies all injustice.

If I thought that any religion might honor the work of Martin Luther King Jr. or Malcolm X, I would think it might be of Quaker persuasion. Forget those giants, and at least honor a fellow Quaker, Bayard Rustin, whose work with A. Philip Randolph is compelling and meaningful. If Quaker philosophy on race follows the current societal trends, it will end in a pool of neoliberal gibberish. There is no foresight; no planned organization; no true commitment to the testimonies of community, peace, and equality. If Quakers truly wish to lead the way forward, there must be a focus on creating a just society despite identity. Anything else is just tokenism.

The identity politics of racial justice is just one small part of what is required to honor the Quaker testimonies of community, peace, and equality. It rings hollow that I (of any identity) am able to sit amongst you during worship but am unable to secure the simple needs of clean water, nutritious food, decent housing, adequate income, safe childcare, and educational opportunity. That any sort of discrimination based on race is separate from these basic needs is the very real problem with identifying race, or any other identifier, as the primary issue of injustice.

A cohort of injustice is benevolence and alms. I should clarify: the idea of benevolence is well-intentioned, and there is a real place for this sort of assistance. Early Quakers reserved such giving to those who fell on ill-timed fortune, such as the widow and the orphan. In our current political climate, benevolence is often related to identity, even if this is not in fact true. Societal perceptions of responsibility for poverty in relation to race and rugged individualism are deeply embedded in the American fabric of thought. Social legislation that would lead to meaningful educational opportunities, access to small business funding, full employment, and universal health programs are the true measures of justice.

A reliance on churches, nonprofit organizations, and GoFundMe pages to supply these needs is cruel and inhumane. Imagine having to ask for food or for assistance with housing costs. Imagine that the outcome is based on a few persons’ ideas on benevolence. Then imagine that there is a societal contract that provides an avenue to obtain these needs without begging. Benevolence is a very nice word, but the underlying tenet is that one must beg for basic needs. We live in a society that has made this a norm. While it clearly plays a part, race or any other construct of identity is not the fundamental cause of injustice. Injustice is related to inhumanity and is universal. If only identity matters, then what of poverty?

Injustice is so deep and profound it penetrates race. But if we look closely, it is a spiritual matter: there we find the truth. Ultimately injustice is related to the seven deadly sins of pride, envy, gluttony, greed, lust, sloth, and wrath. Injustice transcends such a simple matter of skin color.

Take Sojourner Truth’s famous speech on women’s rights (commonly but erroneously known as “Ain’t I a Woman?”). In the original, published in the Anti-Slavery Bugle in 1851, Truth states what was then and is now our current conundrum: “But man is in a tight place, the poor slave is on him, woman is coming on him, and he is surely between a hawk and a buzzard.” Earlier in her speech, she states: “You need not be afraid to give us our rights for fear we will take too much, for we can’t take more than our pint’ll hold.” This is wisdom. Each of us, as humans, can not use more than we can use. Indeed, if we are honest, we can not even take that with us when we pass on. Society is between a hawk and a buzzard, and if there is any chance, we must find the middle way.

Spring forward to the memorable 1963 March on Washington for Jobs and Freedom, and here you find the organizational magic of A. Philip Randolph and our own Quaker hero Bayard Rustin. At the crux of this movement, it was simply understood that economic security and the challenges related to discrimination were interrelated. More importantly, this understanding led to strong union organization, as in the Brotherhood of Sleeping Car Porters in 1925, which seeded key infrastructure for the American Civil Liberties Union. Randolph stated: “Freedom is never granted; it is won. Justice is never given; it is exacted. Freedom and justice must be struggled for by the oppressed of all lands and races.”

The same disease of pride, envy, gluttony, greed, lust, sloth, and wrath that led to the assassinations of Martin Luther King Jr. and Malcolm X is the very same source for the 1921 Black Wall Street massacre in Tulsa, Oklahoma; the 1898 massacre in Wilmington, North Carolina; and the 1857 eminent domain acquisition of the African American town of Seneca Village in what is now Central Park, New York. Ecclesiastes notes rightly and repeatedly, “All is vanity.” The acknowledgement of this truth is where justice begins and injustice ends.

In matters of race, I sometimes wonder whether I have been transported back in time. The conversations are always the same. The focus is always predisposed to one’s feelings or honoring diversity, but that focus ignores the actual economic injustice that underlies all injustice.

If we are to proceed on our current path in which we uplift identity, we will create a pedestal or false god no different from the Israelites golden calf. Instead, we must seek ways in which to find common ground with all, celebrate our differences, and rejoice in our interconnectedness. The concept of oneness transcends all spiritual foundations to include Buddhism; Taoism; Islam; Judaism; and Christianity, including the Religious Society of Friends. Here we agree on one thing: that there is that of God in all of us. It seems a simple idea, but it is a revolutionary one. In Quaker fashion, it is a simple idea of what justice means, and it is the beginning of any discernment on how we approach the injustice before us: one of inhumanity and economic insecurity, which in turn affects all of nature.

Injustice is what poverty of spirit looks and feels like. It transcends all identity. Peace and justice can only be found if one accepts the true cause of injustice, and that is poverty. Humanity has been on a course of action that celebrates the seven deadly sins of pride, envy, gluttony, sloth, greed, lust, and wrath. Race is not one of them. Gender is not one of them. These are only constructs. How do we discern a way forward that does not further embolden the injustice of society? Separating ourselves one from another via human constructs meant to divide can’t be the way forward. Please spare us another panel on the issue of race, without a real discussion on political economy imbued with spiritual justice. Instead, let us sit in the sweet silence of truth and wait for that still, small voice to provide us with the sustenance we need. Like manna from heaven, let us eat from the table of discernment until we are able to spring forward as examples of justice, not just in words or letters but in deeds. The moment for spiritual justice is now, and it begins in the present action that springs forth out of the silence of wisdom and discernment.

Nicole Freeman is an attender of Columbia (S.C.) Meeting. She attended Oakwood Friends School in Poughkeepsie, N.Y., and is now a convinced Quaker. She resides with her family in Blythewood, S.C. She is the author of the blog practicingpresence.org. Chalet & two cabins sleep up to 12 people. Perfect for a family vacation, reunion, or gathering. We are nestled… 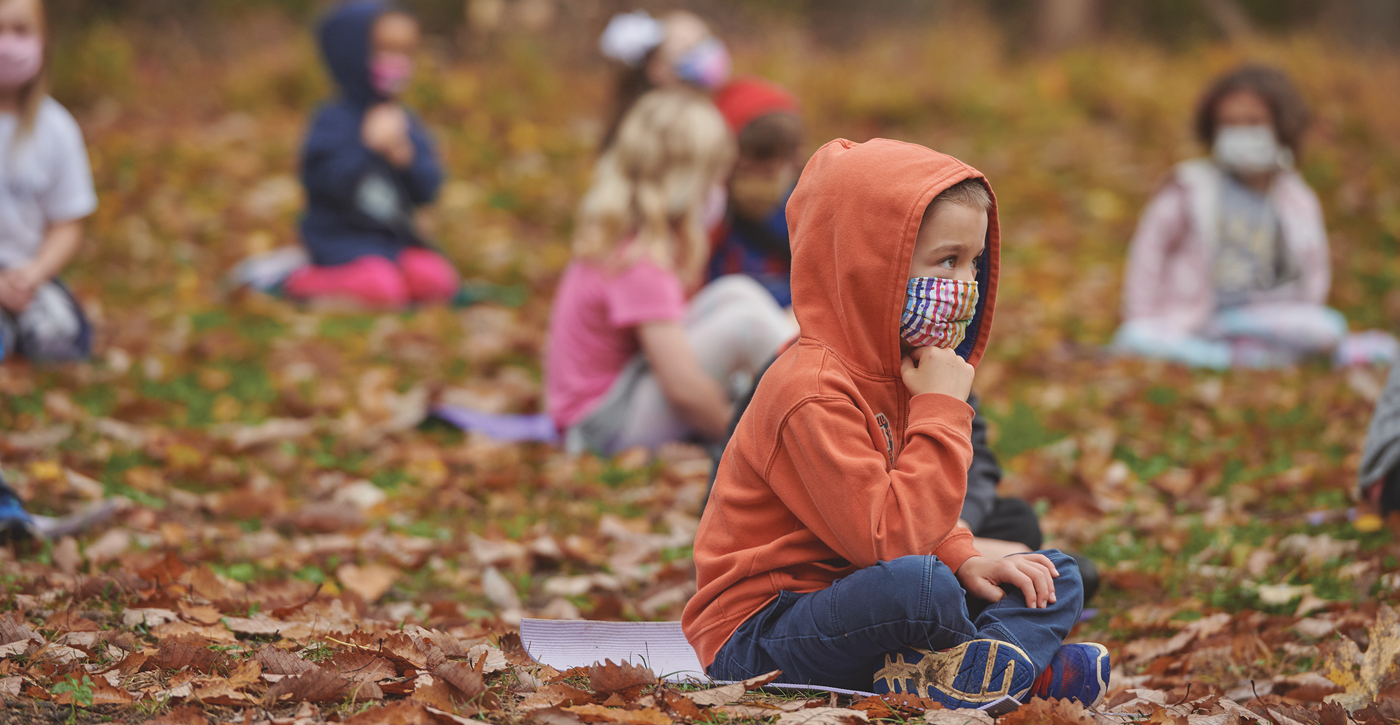 Grounded in Matters of the Spirit

5 thoughts on “The Spiritual Injustice of Poverty”