Our Top Five Articles for 2020

For the past eight years we’ve been compiling our most-read online articles every December. This week we’ve been sharing 2020’s top five on Facebook and Twitter. Given the events of this most-unusual of years it should be no surprise that two deal with race and one with COVID-19. The top two most-read articles look at the cultural context of modern Quaker process and suggest we could be bolder and more inclusive in our decision making.

Inspired by the work of historians and activists like Ibram X. Kendi, Sarah Sophie Flicker, and Alyssa Klein, we dug into our review archives to develop a list of books that illuminate and contextualize some of the central issues addressed by the Black Lives Matter movement and other challenges to systemic racism in the United States.

In the early stages of the global response to the COVID-19 pandemic, Katie Breslin discussed how her home meeting—which was still gathering at its meeting house then—tried to implement new gestures of greeting to replace the traditional handshake. She also spoke with Quakers at other meetings about the precautions they were taking… including the shift to video conferencing.

Inga Erickson describes how she learned that one of the most widespread stories about the 19th-century abolitionist and women’s rights activist Sojourner Truth, one she’d shared with her own meeting, was a racist fabrication—and what she did in an effort to make amends for her mistake.

“Why do we think a hallmark of obedience to the Spirit is a slow, deliberate pace?” Kat Griffith asks. “Perhaps the impatient voices among us are Spirit-led… Friends elsewhere recognize passion and heat and boldness as signs of the Spirit active in their midst, yet unprogrammed American Friends see these as qualities likely to lead us astray.”

1. The Middle-Class Capture of Quakerism and Quaker Process

Our most popular article in 2020 was an interview with George Lakey in which he elaborated upon a theme very similar to Kat Griffith’s: “Waiting for a leading might be right,” he told Donald W. McCormick, but “slowing things down in business meeting is only a positive if it’s actually needed; it diminishes us when it’s not needed. Slowing things down may have become a go-to for Friends because our culture has become conflict-averse.” 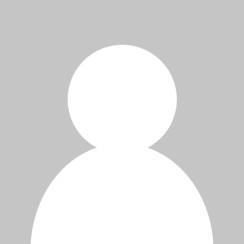